HomeBusinessWorried about OSHA silica compliance? Not if you’re in one of these...
Business

Worried about OSHA silica compliance? Not if you’re in one of these five states 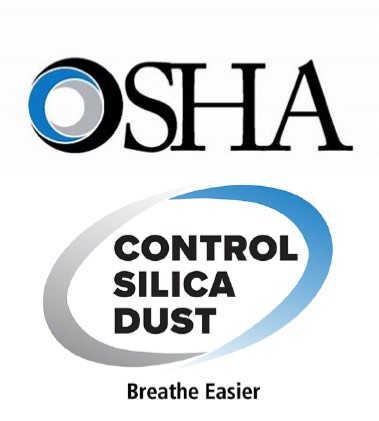 With the Occupational Safety and Health Administration’s (OSHA) silica standard already in effect for the construction industry and about to go into effect in June of 2018 for general industry, many employers are anxious about whether their programs will pass muster with federal and state OSHA officials. But if you’re in Maryland, worry not. Two years after then-Secretary of Labor Tom Perez heralded the issuance of a final rule on Occupational Exposure to Respirable Crystalline Silica at the International Union of Bricklayers and Allied Craftworkers’ John J. Flynn BAC/IMI International Training Center in Bowie, Maryland, the “Old Line State” has still not adopted a corresponding silica standard.

Section 18 of the Occupational Safety and Health Act (OSH Act) provides that states may choose to develop and enforce their own occupational safety and health standards. Localized oversight of workplace safety is permitted so long as the state occupational and safety health plan is “at least as effective in providing safe and healthful employment and places of employment” as the federal standards. Though state health and safety standards often simply emulate corresponding federal health and safety standards, states can seek to implement standards that are more stringent than their federal counterparts. California’s recently enacted Process Safety Management for Petroleum Refineries is one example of a more stringent state standard. But what happens when states fail to implement any corresponding health and safety standard?

Not much, apparently. In the case of OSHA’s silica standard, the administration gave states six months from the March 25, 2016, issuance date to adopt their own respective silica standards. Noting the numerous delays announced by OSHA in the enforcement date of the construction silica standard, Maryland adopted a wait-and-see approach before taking any action. Maryland was also apparently awaiting a decision from the United States Court of Appeals for the D.C. Circuit on industry challenges to OSHA’s silica standard. The United States Court of Appeals for the D.C. Circuit issued a decision in December 2017 that rejected all industry challenges but remanded the standard back to OSHA for consideration of whether to include a medical removal provision, a challenge raised by labor unions. After OSHA complained to Maryland about the delay in implementing a silica standard, Maryland safety and health officials responded that the state agency was waiting on OSHA to issue an amended standard to include medical removal provisions.

Maryland is not alone, either. Arizona, Hawaii, Utah, and Wyoming have also failed to adopt a corresponding standard. These states may lack the financial resources and manpower to develop and promulgate a corresponding safety standard on their own. If a lack of resources is a problem, however, the state could simply choose to enact a mirror image of the federal standard or promulgate a short 30-words-or-less regulation that adopts and incorporates OSHA’s silica standard. None have done so.

Theoretically, a failure of a state occupational safety and health plan can allow OSHA to exercise its authority under Section 18(f) of the OSH Act to rescind the state’s occupational safety and health plan and have the federal government take over enforcement of workplace safety laws and regulations. This is considered the “death penalty” option and is a time-consuming and litigious process. But OSHA may take a shot across Maryland’s bow and send the state a “show cause letter” asking why a proceeding to reconsider the state’s final approval status should not be commenced. That is what OSHA did with Arizona in 2014 when the state adopted different fall-protection requirements for residential construction.

For employers that work in multiple states that include one or more of these five states and one or more of the remaining 45 states, the lack of silica standards in these five states can create confusion and complicate compliance efforts. Do you adopt a program where the company “turns off” its silica program in these five states? While this may ease compliance expenses in the short term, employers may not want to take this approach; crews could get confused and forget to “turn on” the program when they cross state lines. Such a program could also worsen employee morale. Employees would likely notice their employers easing up on silica compliance efforts in states where they don’t have to comply. Employers focused on long-term compliance may want to adopt a consistent silica program that treats compliance as applicable in all 50 states. Employees will likely appreciate the company’s position, and besides, the current “free ride” on silica offered by Arizona, Hawaii, Maryland, Utah, and Wyoming won’t last forever. In its existence, OSHA has never allowed a state plan to forego adopting a standard the agency deems essential to workplace safety.

John Martin focuses his practice on occupational safety and health compliance and litigation. He serves as national OSHA counsel for three publicly-traded companies, and has over 15 years of experience in defending employers in federal court and before the Occupational Safety and Health Review Commission (OSHRC). John has defended clients in 18 states and counsels clients on developing safety programs to eliminate and reduce workplace injuries.

John also consults employers and industry groups on federal and state safety regulations and ongoing rulemaking and legislation. He has represented clients in federal and state courts all across the country, up to the Supreme Court of the United States.