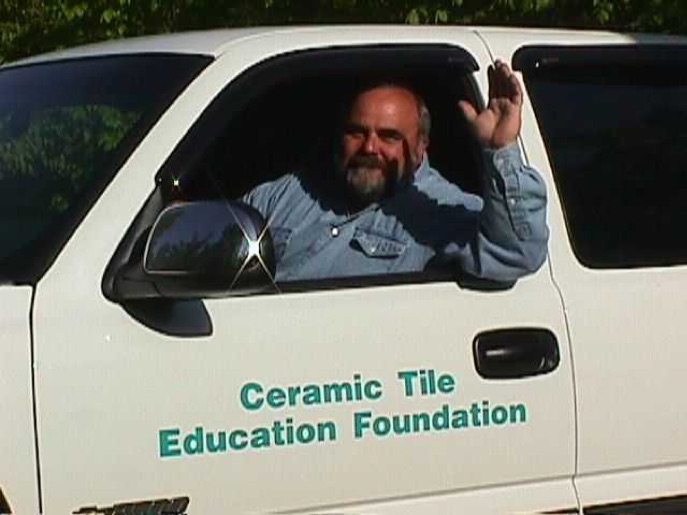 The first part of this One-to-One that NTCA Executive Director Bart Bettiga conducted with industry legend and NTCA Recognized Consultant Dave Gobis was published in the August issue of TileLetter. Find it in that issue or online at tileletter.com.

What was the most challenging project you ever got involved in as a consultant and how were you able to help solve the problem?

There is a bunch of them. I have lots of stories.

For instance, there was a big mall project with four colors of porcelain tile installed on the first and second level over a membrane. A large number of beige porcelain tiles were cracked on the second floor, very few on the first. The other three colors were fine on both floors. Uniformly, thinset coverage was less than ideal, but I’ve seen worse. It could have used more soft joints.

What happened? Beige through-body porcelain is less homogenous after firing due to the mineral make up of the body. It had a lower breaking strength and flexural value than the other products. The mall had no restrictions on wheel load over the floor, i.e. pallet jacks and cherry pickers. The compression of the membrane was technically ok. But keep in mind, standards are minimum performance values. They were not written with loaded pallets in mind.

They fought me on my opinion. In my report, I offered to substantiate my opinion using Scanning Electron Microscopy (for a rather large fee) to provide a visual on my assertion. They paid, opinion confirmed. They decided to keep patching and use plywood under lifts in the future.

What are the most common trends you see related to installation that you get called on that could have been avoided?

#1 Grout and grout haze. Grout complaints have increased quite a bit with the popularity of single-component products and epoxy.

#2 Lippage. Nobody likes floor prep. Nobody likes to check the tile before they install it. Very few people measure lippage properly.

#3 Leaky showers. Where do you even start?

#4 Google University. Between groups, podcasts, and YouTube, the number of experts is almost as numerous as the labor force itself. I had to leave most groups because the misinformation out there is so rampant. It seems most can’t read and feel manufacturers are part of some subversive group.

You have a long history of working closely with the Tile Council of North America (TCNA). You were the Executive Director of the Ceramic Tile Education Foundation (CTEF) for 10 years, and you were a Regional Director for the National Tile Contractors Association (NTCA). What value do you think these organizations bring to the tile industry and what would you tell a tile contractor about joining NTCA and getting involved and active in their industry?

It is interesting to reflect back on my career. I hauled mud buckets – once my legs were long enough – where the bucket didn’t hit the ground. I learned to mud in rural South Georgia where farmhouses were built out of shipping crates – lots of memories. I went to trade school for apprenticeship in Jacksonville, Fla., which was closer than Atlanta. When my grandfather, Ralph Mayfield, retired from the contracting business, I moved back up north to Wisconsin with my family and went out on my own. I have always been eager to learn and always wanted to know why something worked. Initially, that was not a profitable attitude in the contracting world but it did prove to be the key to longevity.

I sold the business because I was worn out. I couldn’t find help, and we reached a plateau, hovering there three years. It was a good sale and left me with the ability to do as I pleased. Because of my involvement in technical meetings and representing contractors for NTCA at the then-TCA Handbook Committee, Bob Daniels at TCNA reached out to see if I was interested in running CTEF. The focus of CTEF at that time was to be training, something near and dear to my heart. I agreed to accept the position. As an industry organization, that also included a seat on various standards committees. At the time, CTEF was located in the TCNA building where the lab is now. That led to a very close relationship with TCNA staff. Curiously, at the time, I was the only person who ever installed tile at TCNA, even finished up some work at the building, which was new. Over the years whenever installation questions would come in they would go to me. If I didn’t know the requirement for a standard, the Secretariat of Standards was right down the hall. The location of CTEF also afforded me the opportunity to work closely with the TCNA Performance Testing Lab and observe countless performance tests over the years. It was enlightening to say the least. When I retired from CTEF I agreed to continue taking second tier installation calls on a gratis basis, a relationship that still exists.

In summary, we certainly have the need for some inspectors and/or consultants. There is a growing void. It is not a get-rich-quick scheme; you will make more as a good tile guy or sales rep. If you are a good tile guy or sales rep you’re the one we want. Consider your marketing area, where will the clients come from? What does your fee structure look like? It takes knowledge, lots of knowledge. If your experience revolves around sales seminars and you have never attended a technical meeting, you need not apply. If you are not actively involved in the industry, it will be an uphill battle you may or may not win. I can positively assure you had I not been involved in NTCA, CTIOA, TCNA, attended Surfaces, Coverings, and other tile shows (not seminars), I would not be here. You need to be able to draft a properly-worded, cohesive report on tile problems. Most of my reports are six to 10 photos buried in 1,500 to 2,000 words of text. While your client may love it, your report will be scrutinized fully by the opposing side. You need thick skin, especially if you go legal. The other side’s job and/or their attorney are to discredit you. There are many nuances to this type of work. I continue to do it because I find it stimulating. 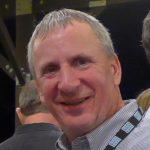 Karl Parker of All American Design and Construction

How Curri helps tile contractors and distributors thrive on the jobsite