Dragonfly Tile and Stone Works: Investing in the next generation of craftspeople and artisans 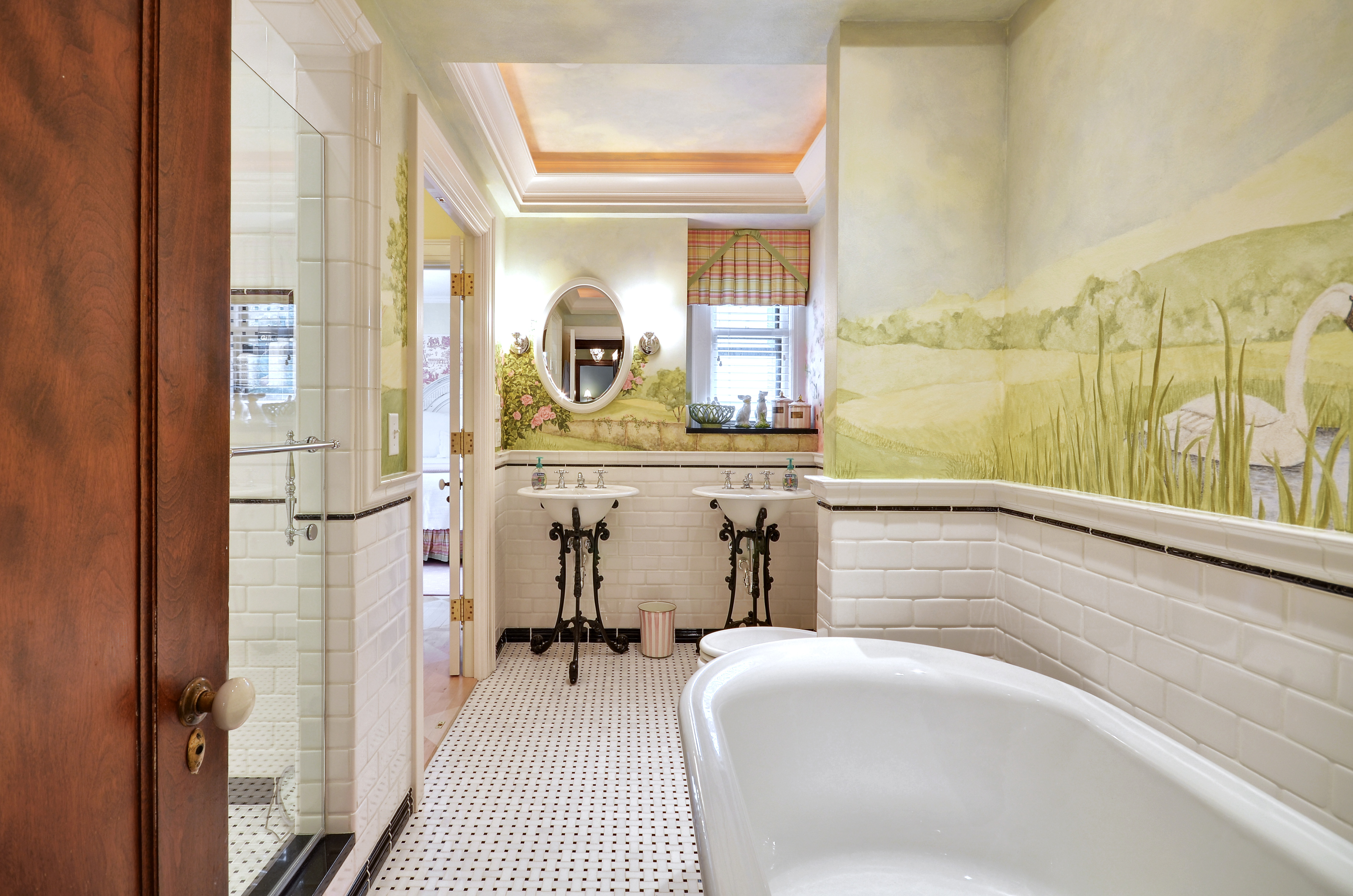 This statement is at the heart of the apprenticeship program that has been implemented at NTCA member Dragonfly Tile and Stone Works, Inc., for nearly its entire 15-year existence.

This unique residential contractor in Grafton, Wis., evolved from the reputation Lee Callewaert had built previously in 20 years of high-end, technical and distinctive work in the area. Fifteen years ago, almost overnight, Lee and his wife Jane decided to start their own business to capitalize on a year-long project and also have the flexibility to support and nurture the couple’s four boys.

Where Lee brought tile trade know-how, a loyal customer base, and a legacy of artistry and craftsmanship handed down through the generations, Jane brought a background and passion derived from corporate training in the medical industry where she blasted into traditionally male-dominated roles in the ‘70s and ‘80s.

The company began training their own apprentices 14 years ago when they realized it was impossible to hire someone with the particular combination of enthusiasm, interest, motivation, math skills, reliability and trust, detail, artistry, creativity, familiarity with tools, craftsmanship and excellence that high-end customers had come to expect from Lee.

“Gaining the respect of the customers, the other trades, the architects, GCs, designers, etc. takes time and has to be earned,” Jane explained. “But the result lands you in a place where you can become an integral part of the team from the design phase and onward. Receiving a place at the table at the earliest stages, as a trusted partner, consultant and advisor is where you want to be. This requires depth of skill and knowledge but it also requires breadth.”

Dragonfly has attracted its apprentices from various sources: word of mouth, a Craigslist ad, a package of information Jane developed for high schools explaining what the tile trade is and what is means to be an apprentice at Dragonfly, referrals, and career days. 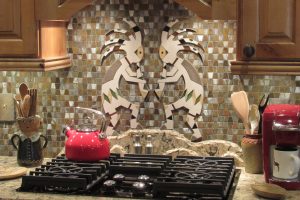 In recent years, Dragonfly has incorporated NTCA University and its slew of courses into its program. Apprentices are enrolled in the university and use NTCA materials, including TileLetter magazine for independent study.

“Even small employers like us can have an apprenticeship program,” said Jane Callewaert. “Thanks to the many other organizations, like the NTCA and its online university, and the various state-sponsored apprenticeship programs, there are resources available to assist us. We have outlined a process that includes online learning, independent study, industry-sponsored workshops, and on-the-job learning that includes instruction and practice in the various proficiency areas. Progress is measured by observed behavior on the job and participation in the other programs.” 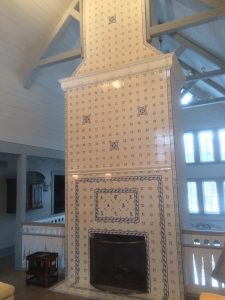 Jane reveals that the apprenticeships aren’t “Tile 101. On the job, our apprentices get a lot of ‘trial by fire,’” she said. “We believe in the ‘tell them, show then, let them, and show them again’ methodology. Our setters aren’t just asking our apprentices to make a standard cut. They are asking them to take three moldings or trims and to miter a frame molding, a quarter-round and a liner, all in line with each other for the same corner. If it comes back not quite right, then the setter says, ‘OK, come with me.’ Back to the ‘let them and then show them again’ method.”

There’s a price tag with training this way – to allow failure to happen and absorb the cost of it as part of the training process. “We have days when we tag a few hours as ‘non-billable’ (but still payable to the apprentice), because it was just one of those days. But it’s worth the cost to us to allow them to fail, to practice, and then ultimately to succeed.”

Progress in the program is monitored simply by observations, feedback and nudges to complete the online studies. “They know that their 6-, 9- and 12-month reviews – as well as their compensation – will be dependent on their progress,” Jane said.

One of the apprentices currently in the program is Maria Meyer, 23, who hails from Mankato, Minn. She started out studying conservation sciences at the University of Wisconsin, Madison (UWM), and in short order learned it really wasn’t her passion.

She applied at a wood-finishing shop, but it still didn’t hit all the marks for her. A friend directed her to the Dragonfly website, and it “blew me out of the water,” she said. She met the owners and applied. “They took me on with little-to-no experience, except for painting and finishing. I was drawn to the people they were, and the art background of the company.”

Meyer has been in the program for seven months so far, and spends a lot of time in the shop, including weekends learning online through NTCA University. “Learning online is so helpful in preparing for the next week; the following week you are doing the things I just learned. So your mind is always on it,” she said. “I really like the format, with the videos and the tests afterwards.”

The training at Dragonfly has laid the groundwork for Maria to be excited about her future, interested in following in the example and level of craftsmanship Lee has set.

“It seems like a very good life to have,” she said. “I love the attention to detail [being able to use] my creativity, and being a spokesperson as a woman in the trades, as well as working with people who are masters in the craft. I’ve been a little bit of a spokesperson for my friends, especially the art students. They have a fear of not knowing what to do with their degree; they don’t want to go into gallery art. So learning about trades is beneficial.”

Meyer loves the variety of the work: “The tile work is all very unique, and different every day, whereas wood finishing was kind of repetitive. Everything is done very artistically and you are a designer as well as a craftsperson.”

Being “pressure tested” as an apprentice has its hurdles as well, with daily challenges and new things that have never been attempted before. “It can be frustrating, but it’s challenging in a good way, to work with high-end materials in the home,” Meyer said. “It’s a lot of pressure but very fun.”

Jane noted that Dragonfly manages the program with “high expectations. Many young people are not accustomed to that level of personal challenge – being pushed beyond the comfort zone, and at an accelerated pace,” she said. “It can be hard and frustrating for them but has proven to be a great way to help them gain self-confidence. And Lee is pledged to modeling a lifelong commitment to learning, recently taking the Certified Tile Installer exam himself.

“It takes character and commitment to rise to the challenges they are faced with from day one,” she added. “We are so proud of them and they know we are always there for them at the end of the day.
They will be the ‘best of the best’ in the future. They are already talking about that ‘some day’ when they can take the CTI test. We hope we live long enough to see them become ambassadors in the industry.”