Home Business Supervising: get bad at what you do
Business

Supervising: get bad at what you do

Manager. Foreman. Supervisor. Boss. These are all titles for the person who is responsible for getting a job done by directing other people. They might describe you or someone you work with. The key point, regardless of the title, is that this person is tasked with accomplishing a certain amount of work beyond that which one person is capable of doing. And, this person is expected to oversee the production of others to get that work done.

Often, this person is placed in this position of responsibility because of demonstrated proficiency at the task he or she is supervising. For example, an adept carpenter is told he will now supervise three other carpenters on a job; he becomes the foreman. No big deal really, as he generally works alongside the other three, setting the pace, and, if necessary, taking immediate corrective action if one of his crew makes a mistake.

The foreman is commended for his ability to “make it happen,” and this reinforces his behavior. He may be promoted to superintendent, where he will oversee several foremen. Each time he visits one of his crews, he shows them the “right way to do it.” After all, he is one of the best carpenters, which is how he got to be in the position he’s in. With pride, he steps in and implements the corrective action. The work is executed well and the company is happy.

But the crew is not.

This situation is not limited to the field; it happens in the office, too. Consider the accounting supervisor who is known for her attention to detail. Nothing slipped by her when she was a clerk, and now, nothing slips by her as a supervisor. The reason for this is that she practically replicates the work of her team as she closely checks and re-checks their work. She puts in longer hours, but that’s what it takes to make the numbers right. Her people may not get it right, so she will make sure everything adds up.

As you read the two scenarios, you could probably identify the same characters in your organization. The fundamental problem here is that these people fail to recognize they are no longer getting paid to actually do the work. They are getting paid for the work to get done – by others. Unfortunately, we often end up rewarding them for the result rather than the process. I’m not saying we should not hold people accountable for results. But we shouldn’t reward them for repeatedly using the wrong method to get the work done. By insisting on doing much of the work themselves, they are failing to exercise supervision. They’re still trying to be the best at what they used to do, rather than growing their team’s abilities as well as their own. This creates several bad situations:

The first is poor morale. The vast majority of people pride themselves on doing a good job. They want the opportunity to make a contribution. When insecure supervisors jump in to “fix” a problem, they send the message that the employee is incapable of doing the work correctly, that they don’t trust the employee. The employee is not held accountable, and is prevented from making the contribution to the company that he or she would like.

When the supervisor does the work, the subordinates lose the opportunity to train and grow. In the same breath with which they lament that there are no good employees, they berate their own subordinates because they can’t do the work like they are “supposed to.” But, how can the employee improve if the supervisor keeps jumping in to “help”?

Eventually, the supervisor gets tired. He/She is putting in longer hours to get the job done because he/she is spending too much time doing the work of their people. The supervisor gets burned out. This leads to a number of additional bad situations: turnover, low production, and even lower morale, to name a few.

If the supervisor is too busy jumping in and re-doing work, then they are not using their time to carry out their own responsibilities. These other things may not be directly related to production, so they may not be missed initially. But they will be caught later, after the problem has snowballed. For example, the superintendent may be in charge of filling out time sheets. Half the time, he turns them in late, and the rest of the time, they are inaccurate. Payroll is now forced to track him down to correct the problem.

Finally, this supervisor is holding himself back. By continuing to micromanage his staff, he is insuring that they don’t develop. If there is no one to replace the superintendent, then he, in turn, cannot advance. Some people mistakenly think that, by not developing their subordinates, they are maintaining job security for themselves. In fact, what they’re doing is hurting the company.

So, how does a company overcome this situation? Three basic steps are:

If you are the best in your company at the work you do, let yourself get bad at it. Your supervisors are not getting paid for doing your work. This is not to say that the leadership of the firm should forget all they learned about the business on their way up the corporate ladder, but it is saying others should learn the task and the leadership should be learning new things. The pace of change is rapid today and employees need to be doing what they are paid to do. Line employees need to produce, supervisors need to oversee the production of line employees, and senior leadership should do whatever it can to make sure those two groups have the right training and resources to do their jobs the best they can. If you are in charge of people, your goal is to help them get better at what they do, not to do it better than they do. 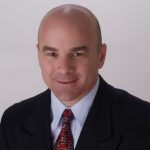 Mindfulness tools for getting through the day and beyond From surviving to thriving after 2020 Wellness The year 2020 will forever be remembered by an unexpected viral illness....
Read more
Business

The following article provides a brief high-level summary of the construction outlook for both the residential and commercial markets, including an estimate of tile...
Read more
Business

So here’s the thing about job costing. It takes less than five minutes to convince any business owner that it’s critical to making a...
Read more
Business

Since the beginning of the COVID-19 pandemic, you may have felt like your business has been in a tailspin. You’ve tried to move your...
Read more
Business

Does construction have a culture?

We read so much these days about the importance of corporate culture. This is a standard subject in my many recent interviews with “Top...
Read more
Business

We see it all too frequently. When our firm is tendered to assist with flooring or other construction-related problems that arise during the build...
Read more
- Advertisment -