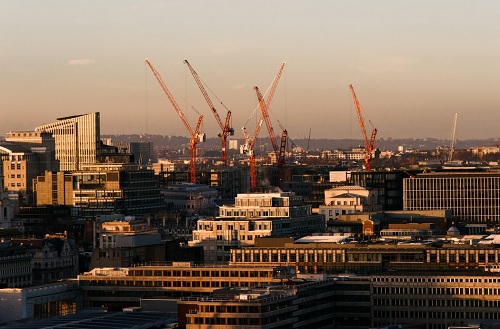 WASHINGTON, March 4—The construction industry added 60,000 jobs on net in February, according to an Associated Builders and Contractors analysis of data released today by the U.S. Bureau of Labor Statistics. Overall, the industry has recovered virtually all (99.0%) of the jobs lost during earlier stages of the pandemic.

Nonresidential construction employment increased by 29,400 positions in February, with all three subsectors experiencing growth, and is up 3.9% over the past twelve months. The residential sector added 31,000 in February and is up 4.5% since February 2021.

The construction unemployment rate fell to 6.7% in February. Unemployment across all industries declined to 3.8%, down from 4.0% in January.

“Bottom line: The U.S. economy is charging into the post-pandemic world with significant momentum, and nonresidential construction is part of that story,” said ABC Chief Economist Anirban Basu. “At the heart of America’s economic momentum is rapid workforce growth, with more people re-entering the workforce to take advantage of higher wages and to better contend with rapidly rising prices.

“Evidence indicates that contractors have had a somewhat easier time filling available positions recently,” said Basu. “There are also indications that supply chain issues have improved slightly, though the Ukraine/Russia war may create new issues on that front. With demand strong and the supply side of the economy in repair, 2022 is setting up to be a strong year for contractors. At some point, federal infrastructure dollars will begin to flow more freely, and that will help support additional contractor backlog, which declined to 8.0 months in ABC’s latest Construction Backlog Indicator report.

“But there remain many reasons for concern,” said Basu. “Despite stepped-up federal investment in infrastructure, overall federal spending will be down sharply in 2022, creating substantial fiscal drag. Inflation has been draining households of accumulated savings and could trigger rapid slowing in consumer outlays. Interest rates are poised to rise as the Federal Reserve readies itself to deal more forcefully with what has turned out to be nontransitory inflation. Elevated oil prices are likely already doing damage to the economy, damage that is not yet apparent in key macroeconomic indicators. Elevated oil and other prices are also driving the cost of delivering construction services higher, which could result in the postponement or cancellation of some projects.”