I want to tell you a story. This is a story that comes from Spanish bullfighting. I don’t know if you have ever been to a bullfight… I wouldn’t recommend it personally, but it is a national pastime.

In bullfighting, you have to imagine it’s not really a fair fight. There’s one bull, there’s one matador, very dramatic, and there’s a bunch of picadors – the guys that charge around on horses with spears. All matadors know, and all picadors know, that when a bull is in the ring for the fight for his life, he has a specific place in the ring to which he always returns. He finds a place in the ring where he feels the most comfortable, the most strong, and so when he is threatened by matadors and picadors as the fight goes on, he returns more and more frequently to this place. In Spanish, they call that querencia. In English, we’d probably call it a comfort zone.

People have querencias, too. We all have our comfort zones, and one of the things that happens to all of us when we are encountering a difficult problem, when we are trying to imagine a future state that’s really going to be better, where change is really going to occur, where the impact will be real – when that starts to feel hard, we go back to what we know. It’s just what we all do. We retreat to our comfort zones.

People do it and organizations do it.

That’s why it’s important to talk about courage when we talk about leadership and challenging the status quo. Because it takes courage to pursue a change. To try something new. To say something hard. To keep going when the going gets tough, and the going always gets tough because life sometimes isn’t what we imagined it.

Now, as any courageous person will tell you – courage is not the absence of fear. Courage is the ability to overcome fear. To get to courage, we’ve got to talk about fear. What are people afraid of?

There are what I would call, profound fears. Existential fears – like the fear a soldier faces, of: “I am going to be killed.” I faced an existential fear when I was told, “You have cancer. We don’t know what kind. We have to do something dramatic, immediately.”

When we learned that our daughter was an addict; that was a profound fear. The profound fear that someone you love deeply is in real danger. That kind of fear can be motivational, even though it is very, very, very difficult.

The reason change takes courage is not just because when we embark on a new path, people criticize us. When you start down a path, when you try something new, when you rattle the cage of the status quo, people are going to pile on and criticize. 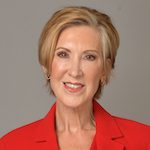