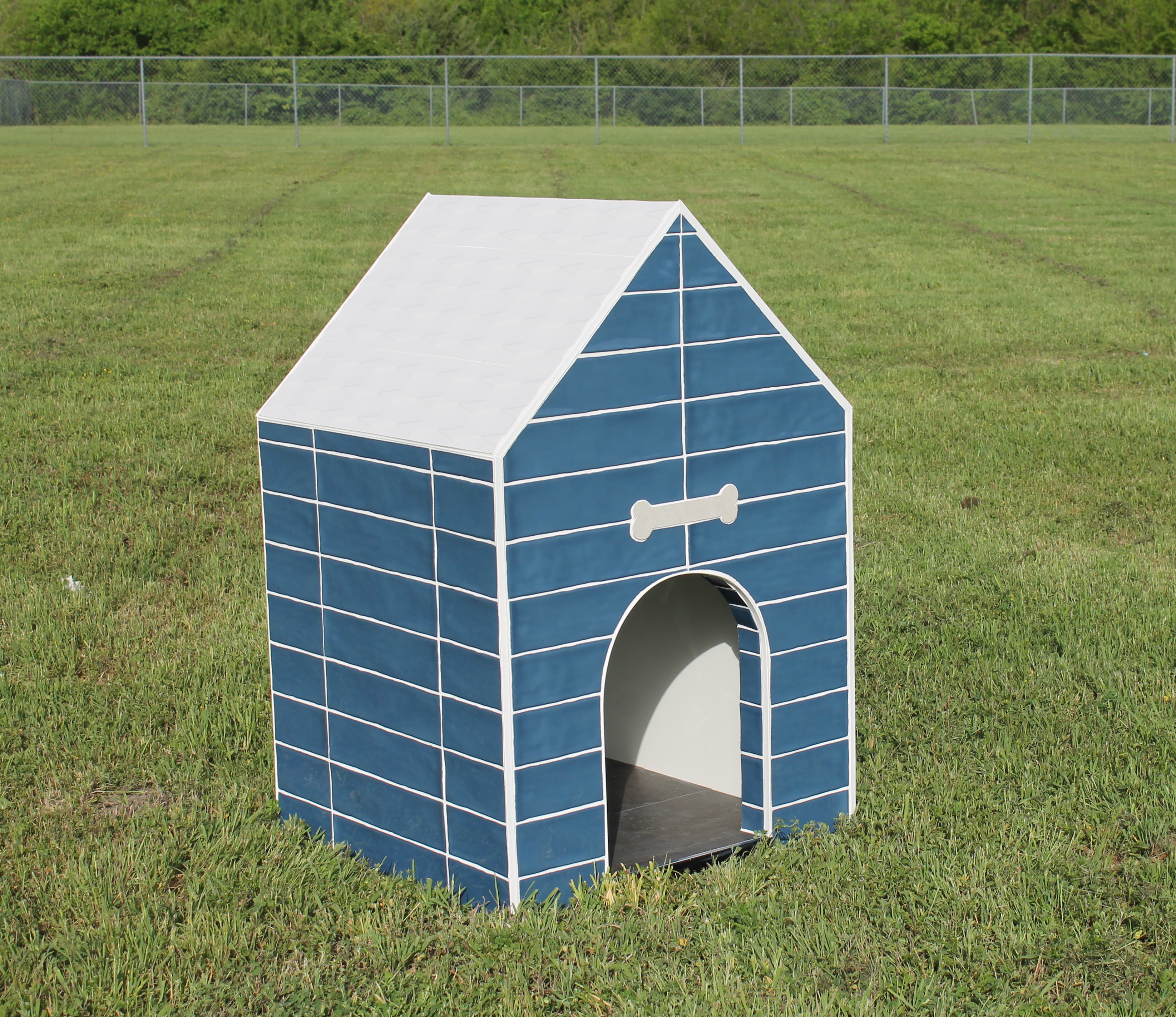 Dallas, TX – April 27, 2018 – As part of TCNA’s doghouse donation to a local charity during the upcoming Coverings trade show, Marazzi has produced a custom tiled dog house that is playfully-themed to capture the vivacious and happy energy that dogs add to everyday life.

“This year we wanted to create a doghouse design that was all about fun!” said Sarah Morales, product design assistant, Marazzi.  “We chose Marazzi’s Costa Clara tile in Blue Wave to tile the majority of our doghouse.  Costa Clara has a hand-crafted, artisan visual and texture that lend themselves to the fun-loving theme we were going for.  The deep, rich blue and the movement of Costa Clara’s texture also took us in the direction of a coastal theme, so we next selected a tile for the roof that adds both a visual and texture akin to the waves of an ocean.  We then paired the blue tile with bright white grout to simulate the white piping that is typically part of any good nautical theme, bringing additional vibrance to the overall visual.  As one last whimsical touch, we added the image of a dog bone right over the door of the house, so Fido knows this home is definitely for him!”

The Marazzi doghouse will join several others donated by fellow TCNA members and will be on display during Coverings in the TCNA Art Tile Courtyard (booth #7249).  Following the show, all doghouses will be donated to the Homeless Pets Foundation, a 501(c)3 organization that saves the lives of homeless cats and dogs in Atlanta area animal shelters and promotes the benefits of pet ownership.

Designer of the Marazzi dog house was Sarah Morales of Marazzi and the tile installer was Albert Pena of LAB Exhibits.