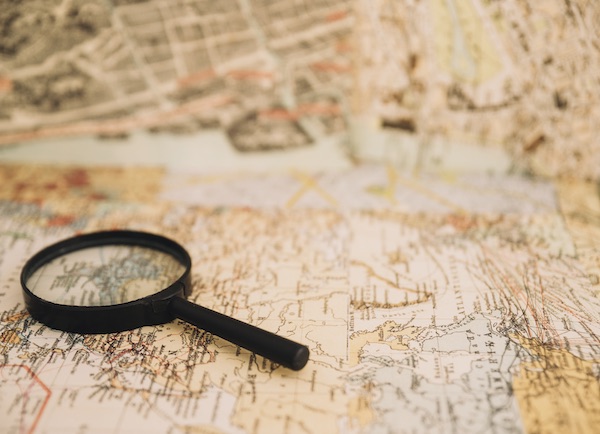 The history of ceramics is a history of the world, with ceramic ware creating an enduring record of ancient cultures and their influence on building materials and art. Those involved with ceramics today – designing and making them, and those who install them with excellence – share in this legacy of beauty, influence and craftsmanship, as detailed by Sheila A. Menzies and Joseph A. Taylor of Tile Heritage Foundation in this column.  – Ed.

Ceramic tiles are one of the oldest forms of surfacing for both practical and decorative purposes. Early on, burned clay tablets provided a means of communication. In architecture, tiles became widely used for their durability as well as their beauty – once decorated – thus attracting attention, at times intimating power and control.

Throughout early recorded history as civilizations evolved and became prosperous due to the presence of ample water and fertile ground, earthen materials were transformed into building blocks, fired tiles becoming a favored surface for walls and floors. Egyptians, Assyrians, Babylonians, Romans and Byzantines, among others, all played a role in the development. The breadth of ceramic technology expanded accordingly.

The earliest known example of decorative tiles is Egyptian from the Step Pyramid of Djoser at Saqqara (2668-2649 BCE). Here the incised tiles were used to embellish walls and doorways within the tomb. Glazed bricks were prevalent in Mesopotamia (modern day Iraq), the most visible application being the Ishtar Gate in Babylonbuilt by King Nebuchadnezzar II c. 575 BCE. The brick was decorated in yellow with lions and bulls on a glazed blue background. Today major aspects of the Ishtar Gate can be seen reconstructed in the Pergamon Museum in Berlin (Fig. 1). Along with its magnificence, the work serves as an enduring testament to the longevity of ceramic surfaces.

During the first millennium, churches were built throughout the western world. Among the most magnificent was the Church of Hagia Sophia in
Constantinople (now Istanbul) that opened in 537 CE, sponsored by the Byzantine emperor Justinian. Some 2000 miles to the northwest in St. Albans, England, a church was founded in the 8th century becoming what is today the Cathedral and Abbey Church of St. Alban, the site of some of the earliest encaustic (inlaid) tiles, some of which remain today in a cordoned off area near the main altar (Fig. 2). Later, to the north in Yorkshire, the Cistercian monks, originally from France, established Fountains Abbey in the early 13th century where archaeologists have since pieced together numerous geometric floor tile patterns handcrafted by the disciplined monastics (Fig. 3).

The importance of Chinese porcelain in the Western World cannot be understated. During the Han Dynasty (25-220 CE) archaeological evidence has revealed samples of translucent celadon ware. The sophistication of Chinese ceramics gradually passed along westward along the “Silk Road,” among other trade routes, into the Middle East, influencing the development of porcelain-appearing ceramics including tiles.

Equally important for the migration of ceramic technology during this period was the rapid spread of the Islamic religion during the life of Muhammad (570-632 CE) on the Arabian Peninsula, north and east through the Near and Middle East and west through North Africa from Egypt to Morocco, across to the Iberian Peninsula into southern France, all within less than 200 years.

By the late 15th century, potters in Iznik (Turkey) altered their traditional clay with quartz, producing a porcelain-like bright white base. Their turquoise, cobalt, malachite and coral stand out under a thick transparent glaze resulting in an aesthetic decoration that has lasted for centuries. In the mid-16th century architect Mimar Sinan in Istanbul designed the Sokollu Mehmed Pasah Mosque, considered a masterpiece of Ottoman architecture. The interior is adorned with these Iznik tiles (Fig. 4).

By this point in the 16th century, tin-glazing had become popular throughout Europe. This is the process of giving tiles a white, opaque ceramic glaze applied to red or buff earthenware clays on which to apply brighter colors in decorating. The Portuguese, who claimed to have been first to bring Chinese porcelain to Europe from Canton in 1513, shared their admiration for the white clay by creating their own version. The Fronteira Palace on the outskirts of Lisbon displays decorative ceramic murals that celebrate the country’s history along with fanciful representations of the exotic lives of peoples from their explorations around the world (Fig. 5). Dutch tiles in the well-known blue and white Delftware tradition were tin glazed. In England tin glazing was also popular and ‘English Delft’ was a term used to describe the glazes that mimicked the Dutch tradition.

In the mid-19th century, England was a proponent of mass-produced, dust-pressed tiles with markets throughout the British Empire and the Americas. Locally there was a concerted effort to restore medieval churches throughout the country, which involved the revival of encaustic tiles. Herbert Minton working with architects A.W.N. Pugin and George Gilbert Scott donated these tiles to hundreds of churches in the years before his death in 1858, among them Lichfield Cathedral in Staffordshire (Fig. 6).

The Centennial Expositionheld in Philadelphia in 1876 signified a major turning point in American tile production. European manufacturers presented an impressive array of both pottery and tiles in the exposition and from that time forward, American craftsmen and entrepreneurs embraced the challenge of tile making. Within a few years, manufactories – which frequently made use of European technology and personnel – had sprung up in Massachusetts, New York, New Jersey, Pennsylvania, Ohio, and Indiana.

An inspired attendee in Philadelphia was John Gardner Low, who within a year founded the Low Art Tile Worksin Chelsea, north of Boston (1877-1907). His tiles were reflective of the British Victorian “art tiles.” With low-moisture clay, dust-pressed tiles were made in screw presses – one at a time for the 6″ x 6″ tiles – and used primarily to decorate fireplaces (Fig. 7).

The American Encaustic Tiling Company (AET) in Zanesville, Ohio, (1875-1935) initially focused on producing encaustic tiles, but also featured art tiles by the 1890s. Their floral decoratives were especially popular as were their “portrait” tiles (Fig. 8). By 1930, AET was one of the largest tile manufacturers in the world.

By the turn of the 20th century, ceramic mosaics had become the tile of choice for both domestic and commercial floors – they were more versatile and less expensive than their encaustic predecessors. By 1900 these tiles were the most popular decorative floor tile in the United States. Many of the companies that were making art tiles were also the producers of these mosaic tiles, solid-color porcelains in different sizes of squares, hexes and rectangles (Fig. 9).

At this same time another major change was occurring in reaction to the manufacturing methods of the Victorian era. Henry Mercer of Doylestown, Pa., with his Moravian tiles, was in the vanguard of the American Arts & Crafts movement, which espoused hand-crafted materials. He used wet or “plastic” clay to make his handmade tiles – rejecting the machine-made manufacturing process of dust-pressing. The change was pervasive from the start with many existing companies altering their production and new tile makers following the lead of others up to the Great Depression (Fig. 10).

In future columns we’ll take a deeper dive into the contribution of tile manufacturers with stories of their contributions to American culture. In meantime, for more information, visit www.tileheritage.org.

Grout Trends at the Intersection of Technology and Style

Grout Trends at the Intersection of Technology and Style