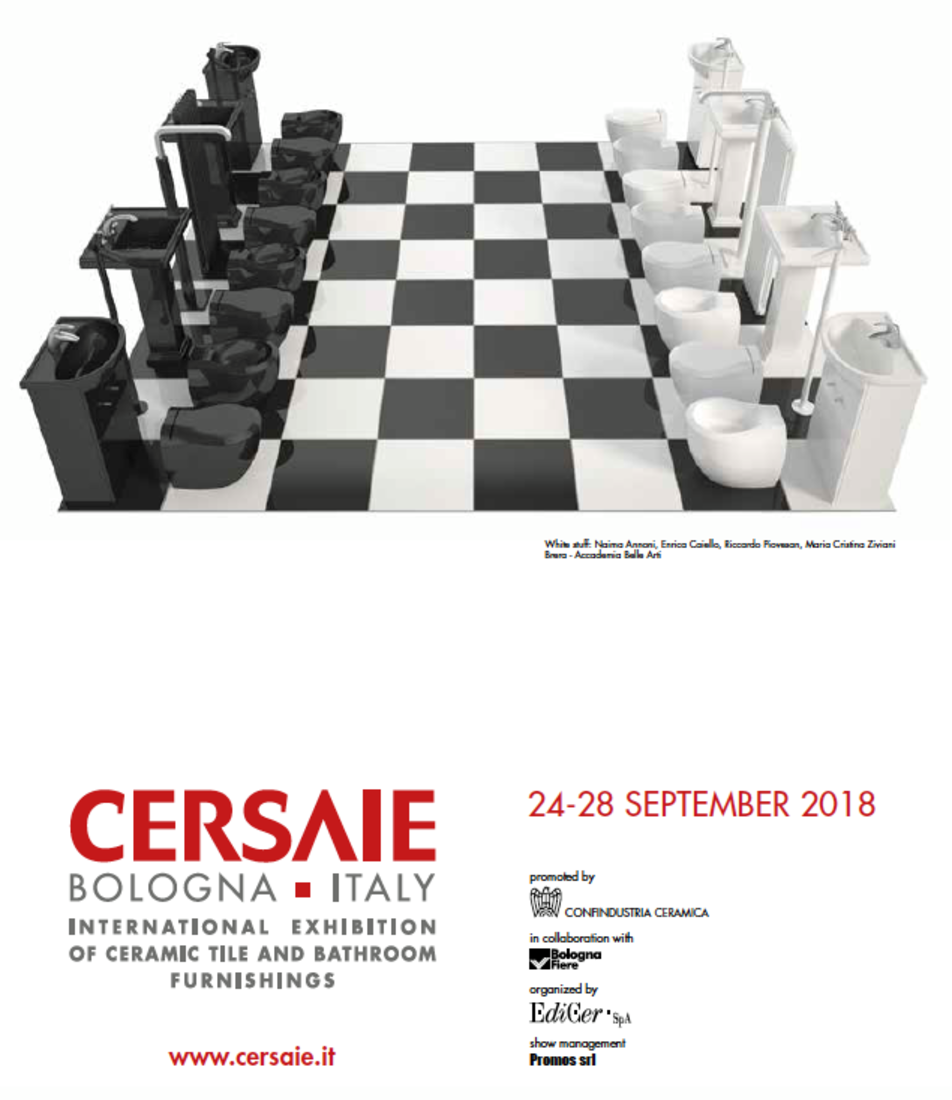 A presentation press conference for Cersaie 2018 organized during the spring in Milan focused on some of the key features of this 36th edition of the annual show, due to be held in Bologna from September 24-28. In particular, the floor space is almost fully booked, two brand new halls will be opened specially for the occasion, and a packed program of initiatives will be held both in the exhibition center and in the city. The fair will include the majority of Ceramics of Italy members, who will launch new products at the show

The meeting saw the participation of Emilio Mussini, Chairman of the Confindustria Ceramica Promotional Activities and Trade Fairs Commission, Gianni di Gregorio from the eponymous architecture practice, Giovanni Giuliani from BolognaFiere, Angelo dall’Aglio, curator of the exhibition, and Elena Vai from Bologna Design Week. The event was also attended by Aurelio Galfetti, one of the most respected figures in the world of contemporary architecture.

“With six months to go before the show opens, Cersaie 2018 is almost completely sold out,” said Emilio Mussini. “We are delighted with this result as it speaks volumes about the quality and value of the show. ”The Building Dwelling Thinking program, he continued, will feature a series of high-profile conferences, including the ninth keynote lecture given by a Pritzker Prize winning architect. Further highlights include the new location of the Press Cafés (the event where editors from interior design magazines discuss themes of topical interest with guests) in the Media Village (Services Centere) and the event entitled “Cersaie designs your home” which offers a free consulting service for home renovation.

Gianni di Gregorio is the lead architect of the team tasked with renovating the Bologna exhibition center. “In the 1960s, the Bologna exhibition center was transformed by architects Benevolo, Giura Longo and Melograni in keeping with the new international spirit of the times,” he said. “Our project aimed to use a repeatable modular system to connect the existing exhibition spaces and routes to the new halls, which stand out for their large translucent surfaces and soft, diffused daytime lighting. The itineraries themselves become urban spaces that perform all exhibition functions, while the single-span halls allow for the maximum flexibility in terms of set-up and use of multilevel stands.”

“Cersaie 2018 will be the very first show to be held in the two new Halls 29 and 30, which will be devoted specifically to bathroom furnishings,” said Giovanni Giuliani, operations director of BolognaFiere. “These exhibition areas mark the first step in a complex redevelopment program for the entire exhibition center.” According to the works schedule, the new Hall 37 will be built in 2020 and will be located on the site of the current external area 48 alongside a new logistics area. This will be followed 24 months later by renovation of the Piazza Costituzione and Nord entrances and opening of the new Hall 38 to the public, and finally renovation of current Hall 35 in 2024. “Smart technology will be one of the key features of the new Bologna Exhibition Center and will have a positive impact on both visitor experience and the day-to-day management of individual shows.”

For several years Cersaie has been organizing a thematic exhibition. After exploring themes of dock redevelopment, transport venues and light/cinema, this year’s initiative curated by architect Angelo dall’Aglio and Davide Vercelli will discuss the theme of music. “The years from 1976 to 1983 were particularly fertile in terms of music and popular culture,” noted Angelo dall’Aglio. “The coexistence and proliferation of very different genres made those years an inexhaustible source of inspiration.” The exhibition will extend over a space of 700 square metres in the brand new hall 30 and will explore the concept of “music for spaces”, where iconic images from the period will be used in different residential and urban settings.

The conference program will also include a number of notable architects, highlighted by the award-winning British architect and designer Lord Richard Rogers, 2007 Pritzker Architecture Prize Laureate, who will present the Keynote Lecture on September 25. 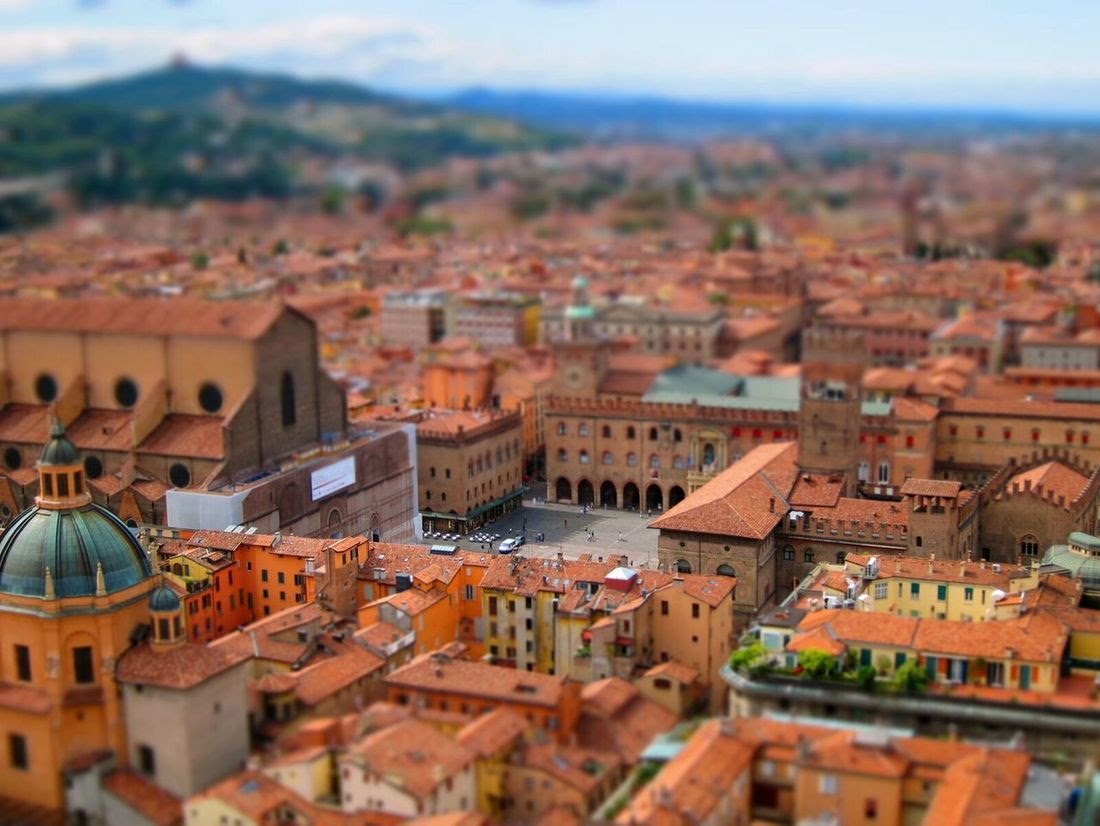 For the fourth year running, Cersaie will be partnering with Bologna Design Week to organize the week-long events devoted to ceramic tile and bathroom furnishings in the Bologna city center. Elena Vai, creative director of BDW, commented, “This annual event promotes design culture and takes stock of the role of design as a tool for innovation in the ongoing process of sustainable and participatory cultural transformation, and brings together the worlds of creativity, education, hospitality, well-being and production for a week.” Five days of previews, exhibitions, workshops, competitions, screenings and guided tours will be held in historic buildings, art galleries, deconsecrated churches, showrooms and other venues, transforming the way participants perceive the city center. On Wednesday  September 26, it will be the turn of Design Night, which until midnight will engage with the public through a series of innovative itineraries and special openings.