The Certified Tile Installer Program is on the move 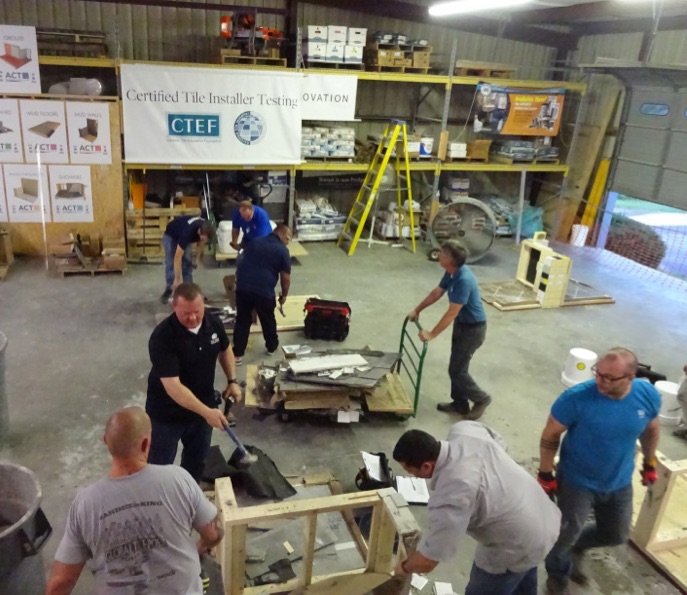 The Certified Tile Installer (CTI) program began in April of 2008 with just five installers at the Coverings show in Orlando, Fla. Now, 11 years later, the program has grown to over 1,600 CTIs. Not bad, but in order to meet the current consumer demand, we need more qualified labor in the field – and that is exactly what the Ceramic Tile Education Foundation (CTEF) is doing in 2020.

With the help of the National Tile Contractors Association (NTCA), CTEF is ramping up the CTI program in many ways. First off, Heidi Cronin was hired by CTEF as the Industry Liaison and Promotions Director. The NTCA is generously donating the skills of Assistant Executive Director Jim Olson and the expertise of Training Director Mark Heinlein to help move the CTI program to the next level.

Contract Evaluators: bringing the CTI exam to you!

The current group of CTIs who are evaluating the hands-on test were formally known as Regional Evaluators, but they are now known as Contract Evaluators. This dedicated group of evaluators, for the most part, are self-employed installers or employees of tile contracting companies that are also NTCA members. They have demonstrated that they have the passion to get the job done with high standards and integrity.

In order to test more installers who could potentially become CTIs, CTEF needs additional evaluators to conduct the hands-on tests. The idea of how to facilitate this increased number of evaluators came at the CTEF Board of Directors meeting at Coverings ‘19 from the suggestion made by board member Andy Acker of Schluter Systems. His idea was to use manufacturers’ technical service representatives rather than sales people to create a new category of evaluator. Program Managers Mark Heinlein and Scott Carothers developed a plan to train these new evaluators. Within three months, the plan was in place with the first class being held in July, 2019.

This stable of technical reps are being provided through the generosity of numerous tile industry manufacturers who realize the need for qualified labor to utilize their products and install tile successfully the first time. They have responded by placing key employees into this program that CTEF could not launch without their support.

This new segment of test administrators is known as an Industry Evaluator (IE). The training class for the IEs, known as “CTI Boot Camp,” is an intense five-day program held at the CTEF facilities in Pendleton, SC. The curriculum of the program includes the history of the CTI, a concentrated classroom study of the TCNA Handbook and ANSI documents, how to construct, assemble, erect, and palletize the CTI test module, a thorough study of the CTI Evaluator Scoresheet and Installer Improvement Form, and actually taking the CTI hands-on test. The intensity of the first CTI Boot Camp was further strengthened in the July class where the average warehouse temperature was a sweltering 100° Fahrenheit with matching South Carolina humidity.

The next step finds the IE trainee shadowing one of the CTI Program Managers on one or more tests to score it in real-time. When their training is successfully completed, the new IE will conduct an actual test with a Program Manager monitoring. The final step is to hit the highway as an Industry Evaluator setting up tests at company facilities or distributor locations to grow the CTI ranks.

The existing Contract Evaluators also attended a similar training Boot Camp at CTEF in January, 2020 to ensure that all of the new program enhancements are understood and incorporated into the hands-on testing. An additional Boot Camp is in the planning stages for current CTIs who desire to become a Contract Evaluator.

The initial goal of the new CTI Evaluator program was to have 40 Evaluators working within the training process by the end of 2019. This goal has been met and will begin to show significant results in 2020.

Catch the enthusiasm and help push the CTI wagon up to the top of the hill.

Mark Heinlein, NTCA Training Director, with Connie Heinlein, Training Assistant Extraordinaire I am honored to be an NTCA Trainer for our members and the tile industry....
Read more
News

The Applied Drone Technology course, offered through Clemson Online, provides a comprehensive curriculum for contractors to start using this technology safely and profitably.  This course is  taught by...
Read more
NTCA News

On October 20, NTCA hosted its first ever NTCA Roundtable Live! Artisan Edition.  The goal of this and future artisan roundtables is...
Read more
NTCA News

On October 20, NTCA hosted its first ever NTCA Roundtable Live! Artisan Edition.  The goal of this and future artisan roundtables is...
Read more
Training & Education

NTCA has set its next NTCA Roundtable Live! for Wednesday, November 11. This session is the first in a series to feature the  NTCA President and...
Read more
Training & Education

So, pandemics can have silver linings.  While the training and education aspect of our industry has taken a hit with the suspension of in-person events,...
Read more
- Advertisment - 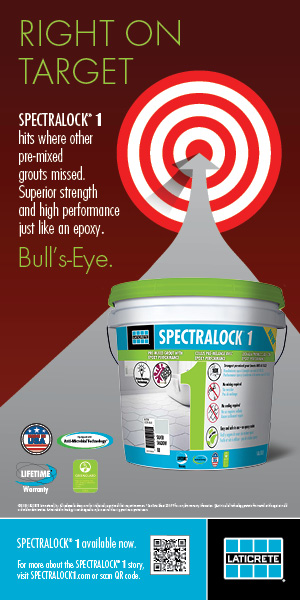