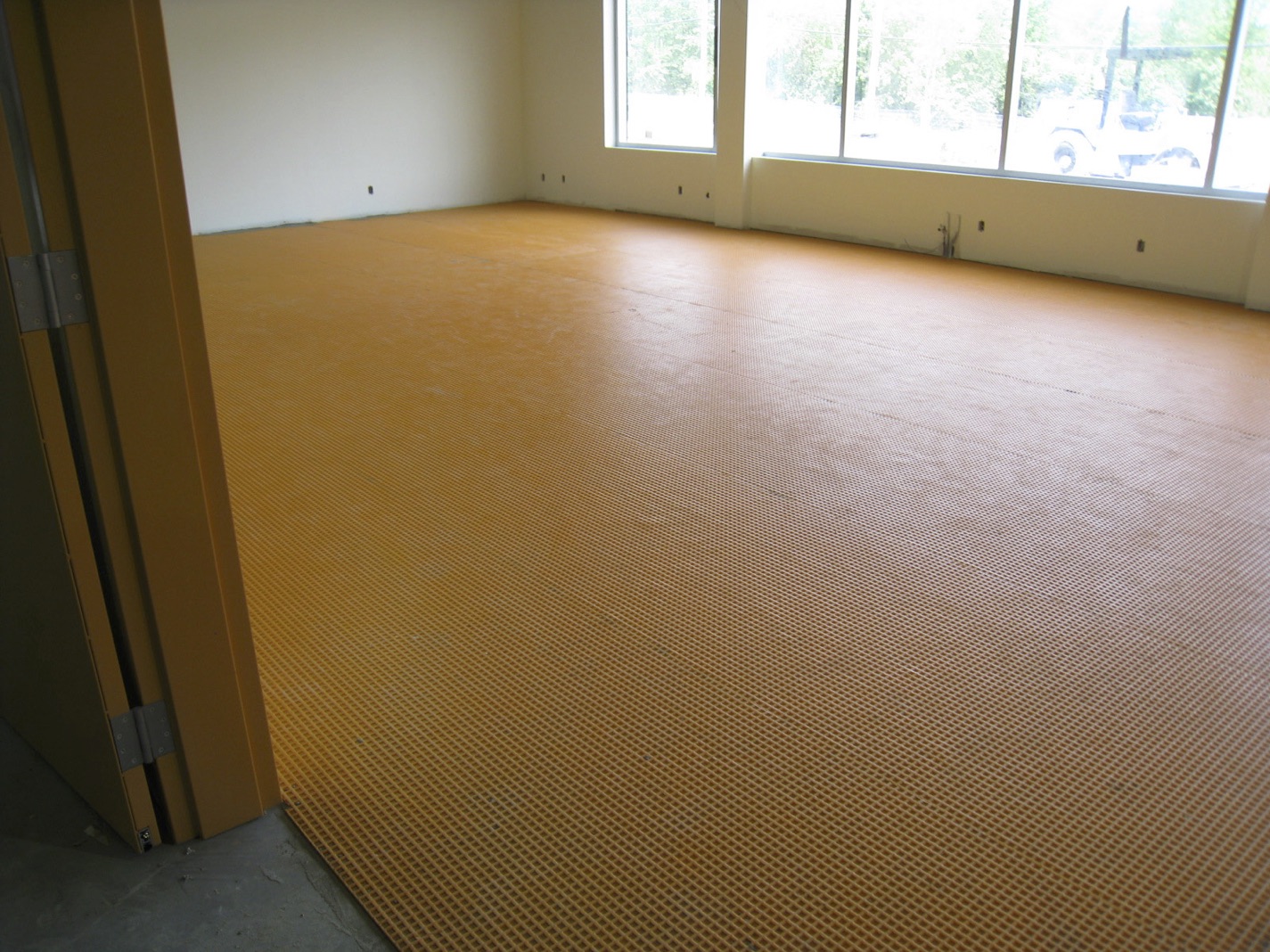 Surprisingly, one of the most popular uses of this very flexible and non-rigid membrane was over plywood substrates, including over a single layer of plywood. In 1999, the first detail for a “Proprietary Membrane” with double layer of wood subfloor on 24” (600 mm) on-center (o.c.) joist spacing was introduced to the TCNA Handbook (F147). Then, only two years later in 2001, a second detail was added to the Handbook for going over a single-layer plywood floor on 19.2” (480 mm) o.c. joists with an “uncoupling system.” There was no reference to the manufacturer under limitations. The term “uncoupling” was substituted for “proprietary membrane,” and a definition was added to the prologue:

“Uncoupling Systems: A system that separates the finished surface from the substrate to allow the independent movement between the two and prevent the transfer of stresses to the tiled surfaces.”

For those of you who attended that meeting in Clemson, S.C., you will remember that this was the year that the TCNA Handbook Committee voted to approve removal of anything in the Handbook that had proprietary names, which included the section for “Floors Sound Rated.” Then around 2006-2007, a directive was issued to describe a “DITRA”-like product. This definition resulted:

“Uncoupling membrane: A plastic membrane system geometrically configured to provide air space between the tile and the substrate to allow independent movement between the two and limit the transfer of the stresses.”

The last detail added to the TCNA Handbook for uncoupling was in 2007 for “Young Concrete” Detail F128. The concern with young/green concrete is that the concrete slab has large amounts of residual moisture that still need to be released from the concrete. This release of moisture can affect the curing of the mortar and the grout. Many crack-isolation/waterproofing membranes – specifically those membranes that are flat – have limited resistance to pressure from moisture since there is nowhere for the moisture to be released. This in turn creates pressure that can cause the membrane to bubble or debond from the concrete slab. The TCNA Handbook declares that an uncoupling membrane must have free space or empty cavities on the underside of the membrane that inherently allow for moisture/vapor release and eventually equalization.

The TCNA Handbook prologue uncoupling definition was updated again in 2014 to include:

“The uncoupling membrane must achieve 50 PSI or greater shear bond strength in 7 days per the test method in ANSI A118.12 Section 5.1.3.”

This addition was in response to the concerns conveyed by labor and some forensic consultants that there were certain so-called “uncoupling membranes” that were failing to the extent of several millions of dollars for repair and damages. The main mode of failure was traced to the bond between the substrate (majority plywood) and the underside of the membrane where the fleece/mesh or other had delaminated. Until an ANSI standard is created for uncoupling, this requirement is a reasonable stop-gap to identify those membranes that are not performing.

The look of uncoupling has changed over the years but the basic criterion has remained the same: a configured membrane with open-air space to allow for independent movement between the tile and the substrate. Some of the newest additions to the uncoupling category now incorporate a floor warming system and have an optional integrated sound control and thermal break (for quicker heating reaction time).

The need for a standard

The need for an ANSI standard has become more essential in North America than ever before, with the proliferation of new uncoupling membranes that have emerged in the market recently. The good news is that the Materials and Methods Standards Association (MMSA) has had a subcommittee that has been working on developing a standard now for several years. In fact, a draft standard has been prepared and will be presented at the next Total Solutions Plus (TSP) conference this year being held in Nashville, Tenn., October 26 – 29. Those companies, organizations and associations involved in this effort include: ARDEX Americas, Custom Building Products; ISOLA; LATICRETE; MAPEI; NAC Products; The Noble Company; Schluter Systems, LLC; and TCNA. Most of the details in the TCNA Handbook that were identified earlier will be part of the testing criteria. In addition, “Point Loading” and “Fungus/Microorganism Resistance” will be included. Two additional testing criteria under development are vapor transmission and shears to evaluate the stress/strain relationship between uncoupling membranes and other membranes that are flat. This testing has been an international effort that has displayed some promising results.

In addition to the MMSA subcommittee working on an uncoupling standard, the International Organization for Standardization (ISO) has established WG 11 “Uncoupling Membranes for Ceramic Tile Installation” under the auspices of TC-189 (Technical Committee for Ceramic Tile). Some of the same participants are in both committees, so there has been very good communication and collaboration to ultimately achieve the best standards for both organizations. Other areas that are being pursued by the ISO group are “tensile” and “compression” testing.

In summary, uncoupling membranes have come a long way since the introduction of the very first membrane in 1987. Use of these membranes has proliferated over a huge array of substrates and conditions, allowing the tile industry to complete successful installations over some of the most challenging applications. The performance standards for uncoupling have been a long time coming, but creating a suitable standard for a product that works more off of physics than chemistry is not an easy or simple task. 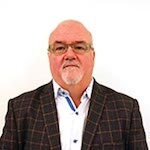 Dale Kempster, CSC, CTC, TTMAC, is the Technical Director of Schluter-Systems (Canada), and has been with the company for 30 years. He is currently vice president of the Materials, Methods, and Standards Association (MMSA) in the U.S. Kempster co-chairs the Specifications and Technical Research Committee and is chair of the Terrazzo, Tile, and Marble Association of Canada’s (TTMAC) 09 30 00 Tile Installation Manual. He is the current chair of the Canadian Advisory Committee for the International Standards Organization (ISO [TC189]), as well as the Convenor of ISO TC 189 WG 11, which is creating a Standard for Uncoupling membranes for Tile Installations.

Email
Print
Facebook
Linkedin
Pinterest
Twitter
WhatsApp
Previous articleStandards and specifications for stone products
Next articleIf a shower floor slope is 1/4″ per foot are other horizontal surfaces also 1/4” per foot?