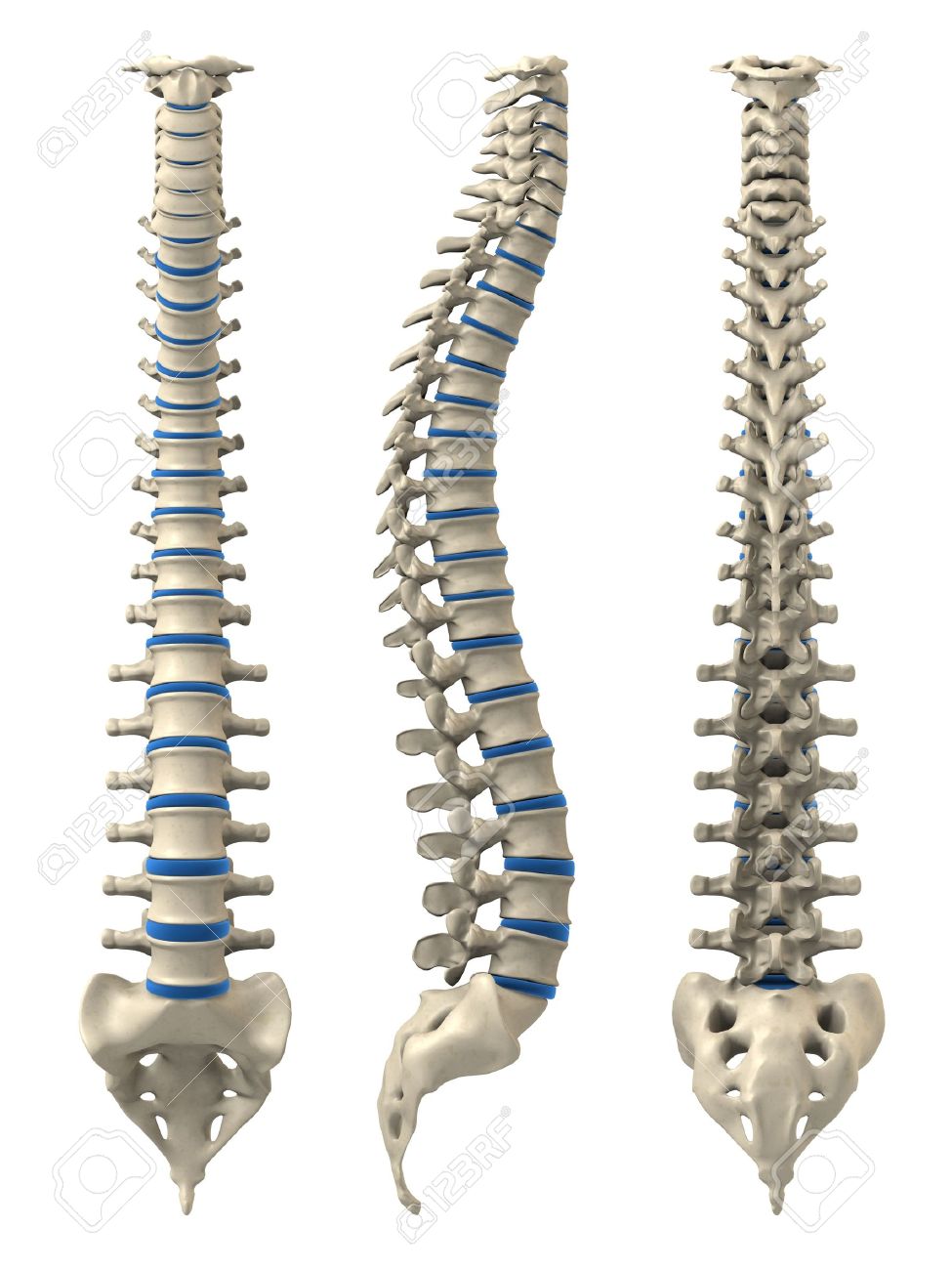 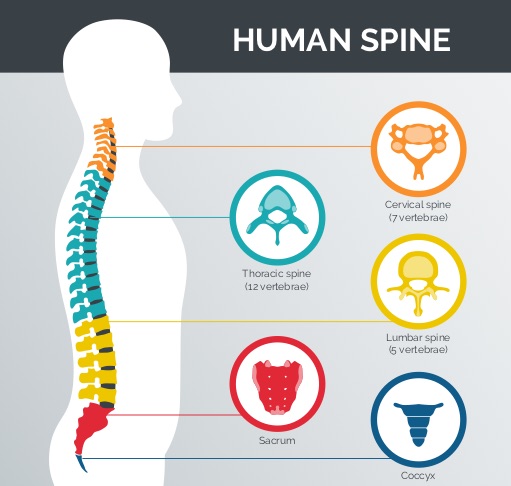 At the end of December, tile setter Dan Chamberlain of Kelowna, B.C., a member of the Facebook social media group Tile Geeks, posed this question:

“GETTING FRUSTRATED!!!! How many of you guys are working with a bulged disk in your back? What are you finding helps?? I’ve been using two 18” needle nose pliers to put on socks and underwear since August.”

This grabbed my attention immediately, since I’ve had a personal encounter with “severely narrowed” L5 and L6 vertebrae immediately after Coverings 2018. Six weeks of physical therapy that evolved into a daily yoga practice and dropping over 20 lbs. have worked to keep my back mostly pain free (and kept me out of the surgeon’s office). So I was interested in the flurry of over 60 responses that ensued to Dan’s question.

Clearly, back problems are something many tile setters deal with on a frequent basis, and there is a wide range of various responses and remedies from surgery to prayer – that tile setters are employing – some resulting in great improvement and some that don’t make much difference.

Note of caution: this article is not meant to prescribe medical treatment, only to provide some ideas and insights to follow up with your doctor or healthcare professional.

Some tile setters, like John Graichen, Nicholasville, Ky., and Brock Cooper, of Tulsa, Okla., have had back surgery to “shave down” or fuse vertebrae, which resulted in a lot of relief. Cooper had surgery in his 20s, which lasted well for 25 years and had to repeat it in 2015. “Find a physical therapist and look up on YouTube ways to correct a bulging disc,” he said. “Surgery is the last resort; you will hurt if you don’t find other means after.”

Jack Hamilton, who now works sales for ARDEX Americas in Arizona, responded that “My surgeon told me if a bulging disc doesn’t heal on its own within two weeks it’s not going to. I fought a bulging and crushed disc for 10 months. Feel your pain bro. Get an MRI and see if you can get it fixed.”

But surgery isn’t the end-all and be-all solution for some. David Swim of Swim Bros. Building and Remodeling in Ashland, Ky., has three bulging discs, plus the aftermath of a two disc-bone fusion in his neck from ’08. “The surgery helped for a couple years but things started going bad again,” he said. Swim toughs it out to avoid pain meds. “If it gets terrible, I use ice and heat in the evenings on and off and a brace during the days,” he explained.

Though Michael Coombs of Kennmarr Enterprises Ltd., Thornnill, Ontario and Nothing But Bathrooms in Newmarket, Ontario, has intermittent pain from one herniated and one bulging disc, he uses stretching and medication to control it. “My doctor is recommending the surgery,” he said. “But I’ve heard horror stories of guys doing much worse a year or two after the surgery. So, trying to avoid it at all costs.”

Many setters swear by massage and chiropractic for relief. “Massage works wonders for me,” said Matt Byars, Tiling Solutions, LLC of Gaffney, S.C., “The best thing I’ve done is learn that when it flares up, to take it easy for a couple of days.”

Craig Griffin, of Griffin Tile & Stone, Griffin Const. Group and an independent Florida tile setter, started as a tile helper in 1980, and has had “way too many years of body abuse.” He sees a chiropractor twice a week. Another tile setter steps up his chiropractic visits in the acute phase until healing starts to happen, even going for daily visits for several months.

Oliver Ledbetter of Little Tile Guy, LLC in Hickory, N.C., plans on “chiro” every Friday afternoon, then a hot shower and ice before bed. “I don’t have a bulging disc but am in recovery from a slipping one,” he explained.

One tile setter advised, “Look into medical massage. If you have an X-ray to guide from, it would be helpful. Medical massage will break your muscle memory and help you re align yourself.”

Michael Denis, owner/installer at Denis Tiling Co., in Warwick, R.I., advised, “You should be seeing a physical therapist or chiropractor. Until then stay hydrated and see if someone can pull on your legs while laying on your back for 15-30 seconds at a time. It won’t provide a killer stretch, but may provide some relief.”

Paul Joseph of Precision Plus Home Remodelers, Inc., in Port Washington, N.Y., is the not-so-proud owner of six herniated discs, but he credits a combination of supplements with keeping him pain free for 10 years. His potion? Twice a day doses of magnesium 64 mg, 720 mg turmeric, and four Wobenzym N® pills daily. He also uses a TENS (transcutaneous electrical nerve stimulation) machine to help alleviate spasms.

In addition to supplements, Pablo Marticorena, of Pablo Tile Installer in Chippewa Falls, Wis., advises drinking water – and lots of it – to help with back issues. There’s a strong case for staying hydrated. My own physical therapist explained that layers of muscle and fascia slide over each other when you move. Keeping your body hydrated allows them to glide easily, but if you’re dehydrated, they “stick” and can cause pain.

Justin Howell of Fantasy Tile in Glen Burnie, Md., got his back issues under control by sleeping with a pillow under his legs and sleeping on his back. “I stretched about 10 times a day,” he said. “Once I finally figured out where the pain was coming from, I got the MRI and did a chiropractic treatment. I have realized hydration and a gluten-free diet helps with doing a foam roller at home three times a day. Inflammatory foods are brutal.”

From MW Rouzer LLC in Sussex, N.J., Stephanie Rouzer’s tile setter husband had success with a chiropractor and anti-inflammatory eating. “It’s kept him off drugs and out of surgery,” she added.

Hanging upside – and other forms of decompression and traction – offers relief for many. Michael Edward Baczynski of Deluxe Improvements in Avilla, Ind., and Jack Stallings of Imperial Tile and Marble, Inc., in Phoenix, Ariz., find inversion tables helpful for taking the pressure off the vertebrae.

Keith Heniss of Total Design Tile & Flooring, Inc., in Olathe, Kan., admitted he’s dealt with two bulging disks for almost 15 years. “The best thing I can do is stretch in morning – real stretching – and then an inversion table right before bed.”

Lena Anderson of Pine Bluff, Ark., said, “I got one a couple years ago. Old tired and worn out: five minutes on it and I feel like a new person!”

Dave Collins, owner of Collins Remodeling in Butler, Pa., said, “My chiropractor just told me my back is 10 to 15 years older than I am: arthritis and degenerative disks. I have found if I use my inversion table regularly it helps.”

Like Paul Joseph, Brad Bressler, Bressler Tile and Stone, Austin, Tex., relies on the TENS machine to alleviate pain. Anderson said, “It will be the best $30 you ever spend. I have crawled out of my van some days and then put thing on and the pain just goes away.”

Drew Finch of A&D Tile in Columbiana, Ohio also used a TENS machine in conjunction with three weeks of physical therapy and massage to heal from a back issue.

In addition to chiropractic, Chris Wittenbrink of Keystone Kitchens, Inc., in Woodinville, Wash., practices specialized exercises and sometimes takes time off work. Ric Satterlee of Dynamic Interiors, LLC in Anchorage, Alaska, recommended strengthening core muscles and taking vitamins for joints. “A lot of back pain can be caused from weak core muscles and over time do damage,” he said. “When my back hurts I wear a brace until pain is completely gone.”

Neal Holden of Riverside Construction, LLC in Yakima, Wash., has issues with his L3 and L4 vertebrae, but fights it with water for hydration, going to the gym three times a week with a focus on the core muscles, and chiropractor visits until they dwindle to only a weekly tune up.

A back brace helps Elizabeth Yaldua of Elite Flooring and More in Bentonville, Ark., deal with bulging discs at L3, L4 and L5. She advises keeping shoulders in line with one’s hips, sleeping on a pallet on the floor, and “when you’re not hurting, do squats.”

Steroid/epidural injections seem to work wonders for some sufferers. Brad Bressler said, “I got a steroid injection a couple of years ago that was a lifesaver. I also visit a chiropractor every four weeks for a ride on the decompression table and a tune up. I don’t see myself doing tile much longer if I want to avoid surgery.”

Prednisone worked for Gordon Webber of Webber Masonry and Tile in Antrim, N.H., and John Page V, owner of Timeless Tile & Surface Restoration, Newland, N.C., said he gets steroid shots every other year to address sciatic pain. Al DeNorcia of Holmdel, N.J., has three herniated discs and gets epidural injections every two years. “It’s been working for years now, and in my opinion, it’s safer than back surgery.”

Some setters use Percocet for severe pain, and have had some success with medical marijuana or CBD oil, sometimes in combination with yoga and stretching.

Daniel J. Picard of Picard and Sons Tile in West Warwick, R.I., and his uncle Gary Picard of Picard Tile in Fairhaven, Mass., both advocate prayer. Daniel said, “Prayer brother. I’m 35 and had both my hips replaced and I’m in pain every day. So I live on prayer and ibuprofen.”

As a final word, Nick Aldama of Veneziano Tile & Stone in Santa Rosa, Calif., advises some preventative medicine: invest in good helpers. “I have two bulged discs pinching two nerves that run from my back to my toes. It shoots into my knees, as well as early onset degenerative disc disease from L5 to S1. I’m only 34.” Aldama also suffered from a collapsed lung twice last July and a 10mm kidney stone. “I wake up in pain every day and push through,” he said. “They tried to give me pain meds but I can’t work on them. My dad taught me tile at a young age, but I had to give it a break for a while.”

And Jon Donmoyer, owner of JD Tile in Annville, Pa., who’s dealing with knee issues and scoping surgery to remedy it, is taking the long view. “Get help – you have to think of the rest of your life. When your body is talking – listen. Your health should come first.”

Dan Chamberlain was wowed by all the responses to his query. “I didn’t think that there would be so many going through the same issues,” he said. “I have already been doing the massage therapy, chiropractor and a little acupuncture.” He admitted he already drinks a lot of water, and will look into the supplements mentioned.