HomeTechnicalDoes lack of 80% mortar coverage mean that a tile installation will...
Technical

Does lack of 80% mortar coverage mean that a tile installation will fail? – Tech Talk – February 2018 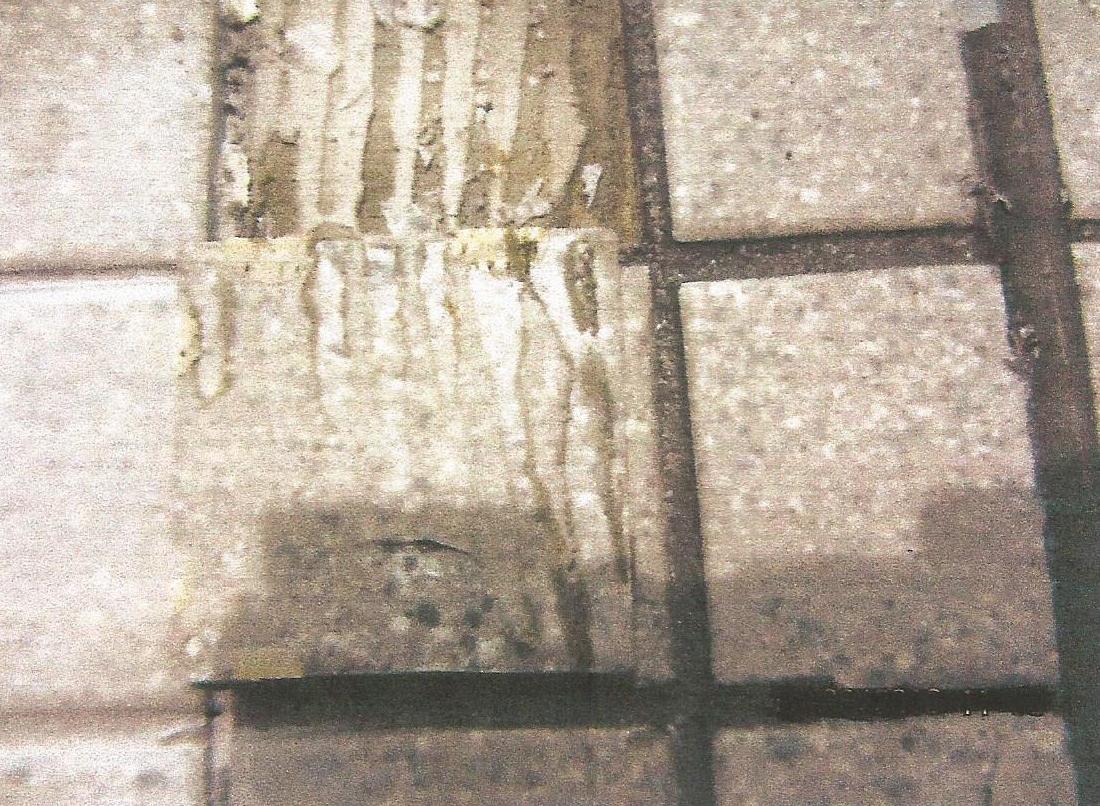 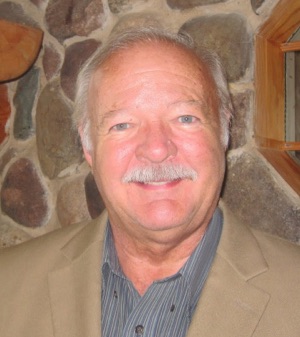 Not on your life! But you’d never know it by the way most professionals view this issue. The TCNA Handbook and ANSI A108 strongly recommend that 80% coverage should be attained for most installation scenarios, and rightfully so (exterior projects and showers recommend a minimum 95% coverage). The Handbook even goes so far as to offer explicit instructions as to how this can be obtained (thanks to Joe Tarver’s research years ago at the NTCA).

I agree wholeheartedly that the 80% goal should be reached on every tile installation; but I disagree that if it is not attained it will doom an installation to failure. I have seen too many installations that have been in for two years, three years and more that have never had the slightest inkling of failure until dramatic structural movement triggered lateral stress – most times as a crack in the concrete slab – that caused tile to dis-bond and shear loose. Then, if the coverage was something less than 80%, the tile contractor got blamed for the entire failure, or at least the vast majority of it. Never mind that the floor never failed for several years. Never mind that it is obvious that a crack in the concrete triggered the stress put on the mortar. It becomes the fault of the tile contractor because of the less-than-80%-coverage issue.

I disagree! I’m 100% on the side of the tile contractor here! Let me shed some needed light on this topic.

Let’s go back to the 1950s and ’60s when thin-set mortars were first being introduced to the market. ANSI was tasked with evaluating these new mortars that were beginning to replace full-blown mud-bed installations. ANSI A118.1 was developed, which included a porcelain tile shear strength rating of 150 psi. ANSI A118.4 came in at a porcelain shear of 200 psi. It was determined (and still is) that A118.4 has the desired mortar strength for installing porcelain tile. You with me so far?

Realizing that human beings are incapable of 100% perfection at all times, the Tile Council of America (now TCNA) and ANSI deemed it permissible to allow only 80% coverage for most installations. This is cool, but the one factor missing is that the ANSI testing is performed with 100% coverage on the test samples. 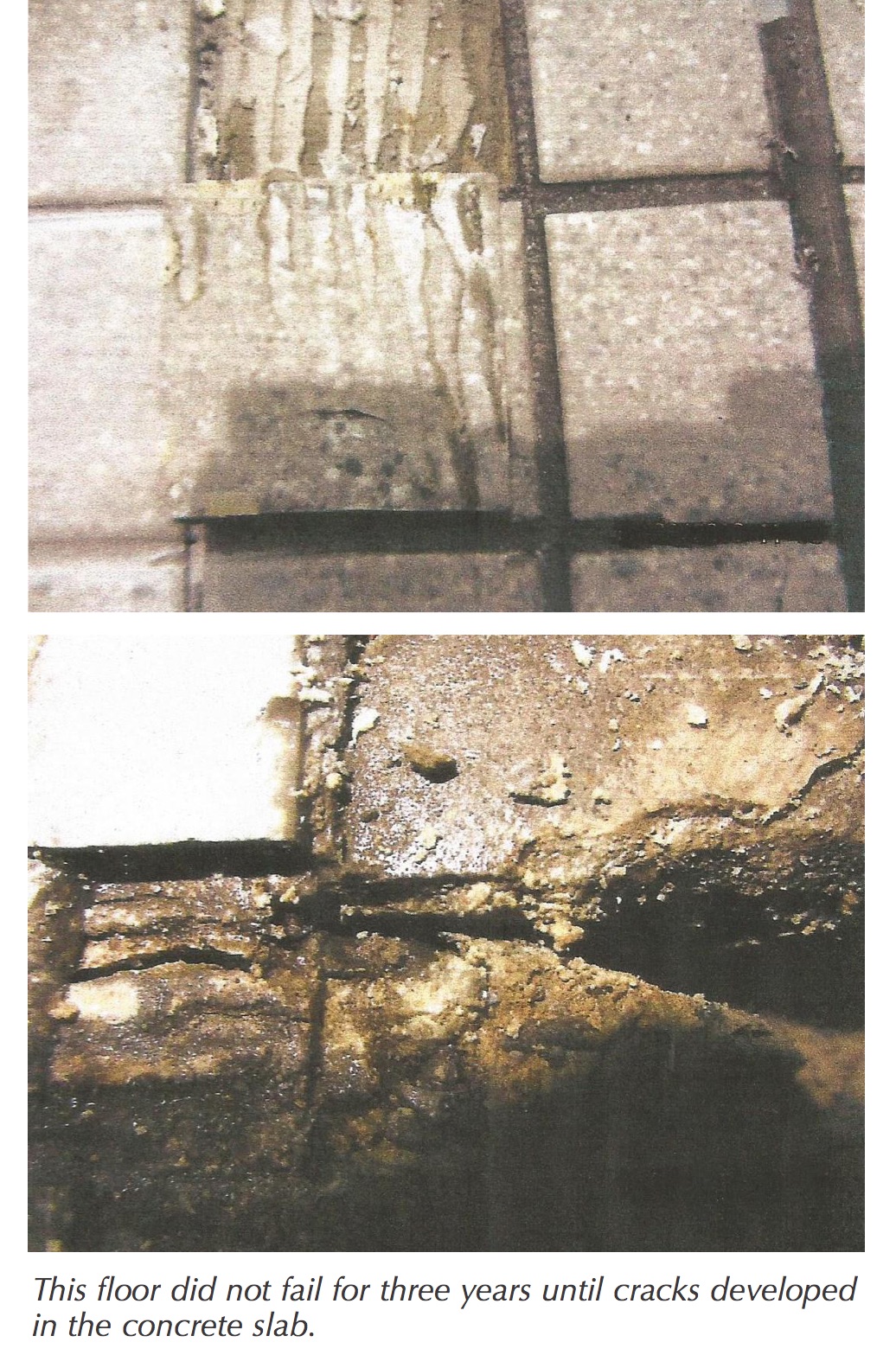 If 100% coverage yields 200 psi, then it might be safe to assume that 80% coverage would yield only 160 psi. Make sense? Okay, so now let’s improve our installation mortar upwards to the newer A 118.15 mortars that achieve 400 psi shears with porcelain. 80% coverage with this mortar would yield a 320 psi shear strength which is exactly twice as strong as what A118.4 mortar achieves. This could also mean that only a 40% coverage rate with an A118.15 mortar would equal the required A118.4 rate of 160 psi at 80%.

What?? Am I suggesting that the rate of coverage be dropped to 40% minimums? Absolutely not! But what I am advocating is that if an installation has the tile edges and corners adequately supported and yet the coverage rate is something less than 80% it is NOT necessarily a cause for failure, and the tile contractor should be given the benefit of the doubt until the actual cause of the failure is discovered.

Up until now this 80% minimum coverage rate has been the death knell for tile contractors. It is unfair and needs to be stopped.

Here’s another point to consider. If the coverage on a particular failure was 80%-95% and a crack appeared in the slab causing the tile to shear loose, whose fault would it be? Obviously the concrete guy’s, right? So who can determine how much lateral stress the cracking of the concrete caused? 100psi, 200psi, 500psi, 1,000psi? It’s humanly impossible to determine, so let’s give the benefit of doubt to the tile contractor. Remember, when concrete cracks it’s generally like a mini explosion taking place – sudden and violent. It is never a silent and gradual separation.

I would venture a guess that there are more un-failed and completely successful tile installations in this country with less than 80% mortar coverage than there are with it. As professionals, let’s concentrate on solving failures rather than copping out by simply calculating coverage issues that more times than not unfairly condemn the tile installers.

Tom Lynch is a 55-year veteran of the tile industry and one of the NTCA’s initial Recognized Industry Consultants inductees. He can be reached at (336) 877-6951, [email protected] or at www.tomlynchconsultant.com.