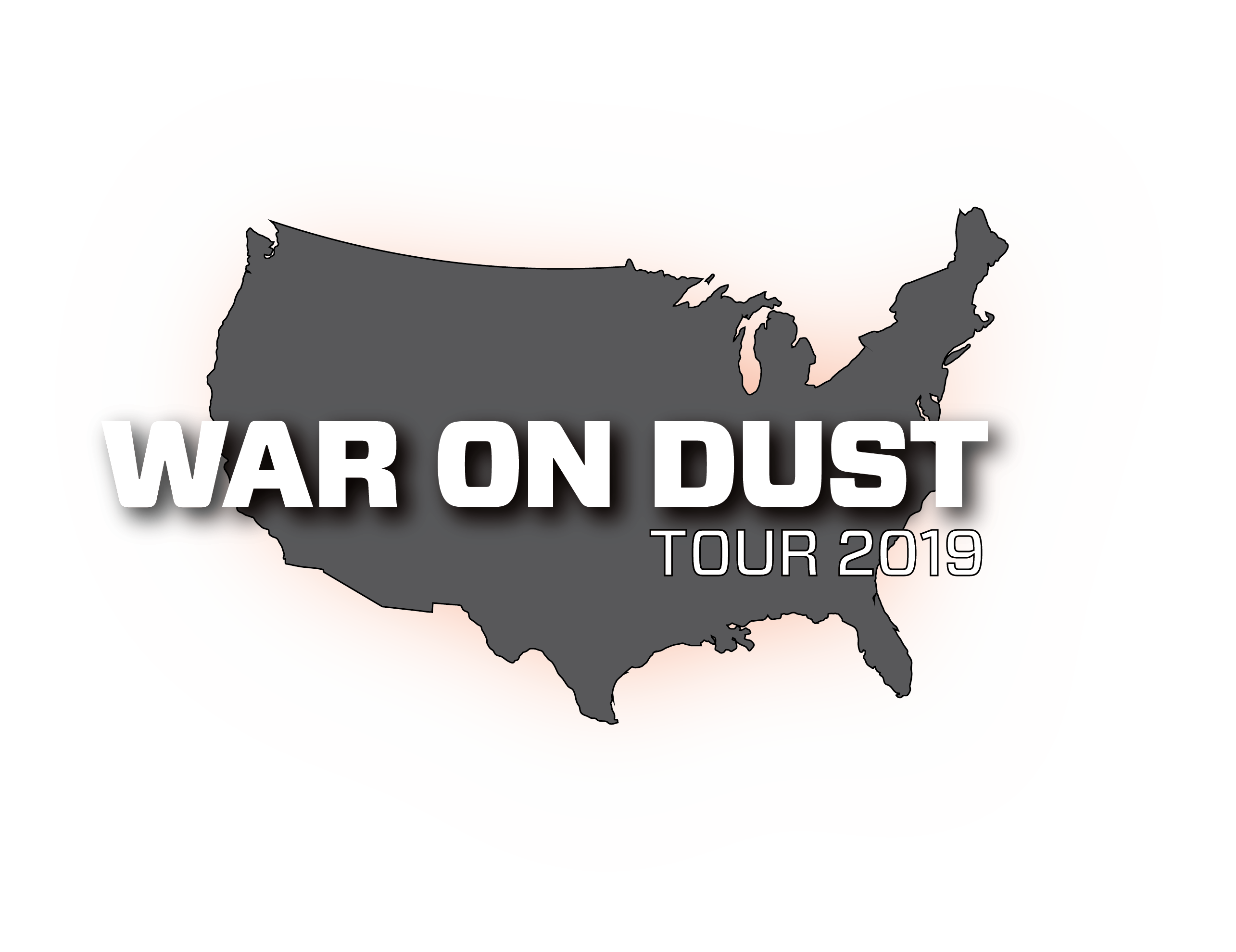 iQ Power Tools, manufacturer of premium power tools with integrated dust collection systems, is pleased to announce its “War On Dust 2019” Campaign has been a huge success.

In early March of 2019, the iQ team and trailer hit the road, bringing awareness and education as part of its crusade against silica dust. The War on Dust crusaders visited over 40 facilities across the country, their primary focus on raising awareness about the true dangers of silica. In addition they provided training on ways to eliminate dust and slurry mist at the jobsite.

Each stop averaged between 50-75 attendees and lasted 4-5 hours.

Lead by iQ’s National Training Manager, Vince Hollis, these informative, in-depth and highly-interactive presentations on the health hazards of silica, OSHA Standards and hands-on tool demonstrations were highly successful.  “Our first War on Dust proved to be a valuable event for everyone involved,” beamed Hollis. “We were able to have some great one-on-one time with our customers and our customers’ customers. We heard some great ‘on-the-job-site stories’ including one from a Santa Clara contractor who had been working near the 101 Freeway, when a driver passing by called in a complaint about the dust — and, an hour later he had an inspector on site and was issued a dust warning,” continued Hollis. “He bought one of our saws that same day to comply!”

The 2019 War on Dust Tour gave iQ the opportunity to partner with its dealers in an entirely new way, as the team brought increased focus on silica awareness while providing hands-on demos of the company’s entire line-up of industry-leading tools to contractors and business owners all across the United States.

iQ Power Tools’ customers (who hosted each event) were highly committed in making these events work, too. The average number of saws sold at each event was seven. Darin Turpen, Outside Masonry Sales Representative from Rocky Mountain Supply in Boise, ID commented, “The iQ Team has been doing an excellent job bringing awareness to the construction industry. Our event had over 150 guests, along with four additional allied vendors in attendance. The interactive, four-hour event, which concluded with an afternoon barbecue, was really an eye-opener for the naysayers who stopped by. We sold 15 saws that day! I’d say it was quite successful for us.”

“Our company recently partnered with the American Lung Association (ALA) to raise awareness of the dangers of silica dust,” added Sarah Hurtado, Marketing Communications Manager at iQ. “From the War on Dust 2019 proceeds, we were able to make a considerable donation (@$7,000) to jumpstart our combined educational efforts.”

“There were plenty of dealers that did not have the opportunity to sign on for the 2019 Tour; now there is a waiting list to be on board for 2020,” concluded Paul Guth, iQ’s President. “As we’ve wound down this U.S. tour, our team is now deeply focused on bringing awareness internationally. Our War on Dust “Road Warrior Tour” in Australia hits the road at the end of October.”