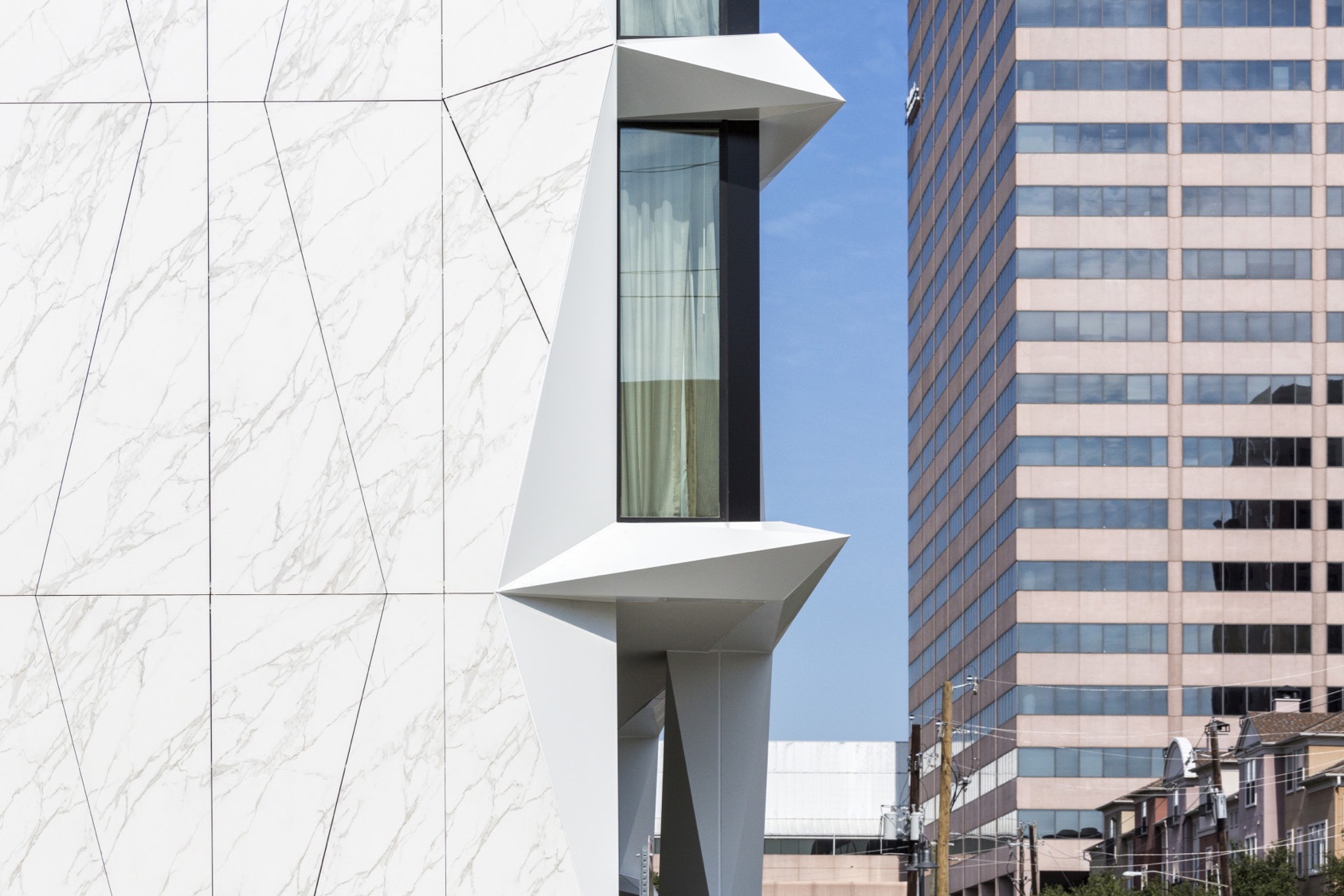 Exterior façade installations can be challenging and complex, and the product used in the process can make or break a project.

For the AC Hotel and Residence Inn by Marriott in Dallas – a $4 billion mixed-use development in bustling Dallas Midtown – the façade installation appeared to be a daunting task at first, but proved to be a success largely due to the material specified.

To reflect the neighborhood’s resurgence, local award-winning architects 5G Studio Collaborative sought an outside-the-box, contemporary design to match the timelessness, comfort and authenticity of the Marriott brand. Particularly, they wanted a natural look; however, genuine rock materials can be susceptible to staining and breakage, requiring copious maintenance. 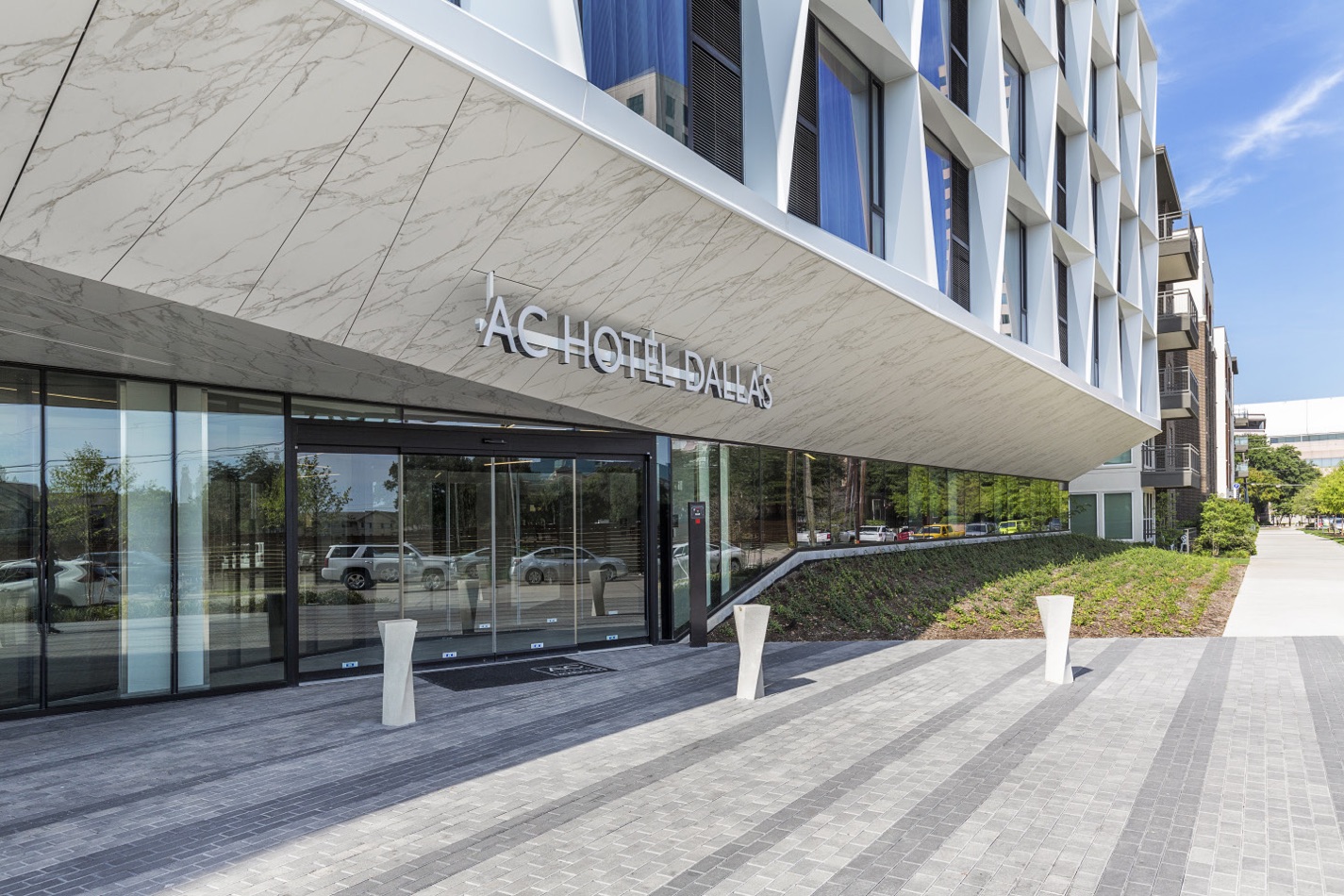 Distributors and fabricators Holland Marble in Carrollton, Texas, introduced the architects to Neolith®, a market-leading brand of Sintered Stone. They explained the range of possibilities that could be achieved, having used the product in a wide variety of other projects and hotels across the country, including La Quinta, Kriya, Aloft, and Marriott Courtyard. Neolith was the perfect choice as it mimics the appearance of natural stone, without the weight and upkeep.

Impressed by what they were shown, 5G selected Neolith Calacatta, a color that recreates the look of white Italian marble and is characterized by a uniform grey vein with hints of gold, bringing vitality to the exterior of the hotel. The hue was well-suited for the project, as a light-colored façade is essential in a state like Texas due to the fact that it reflects heat and keeps buildings cool. 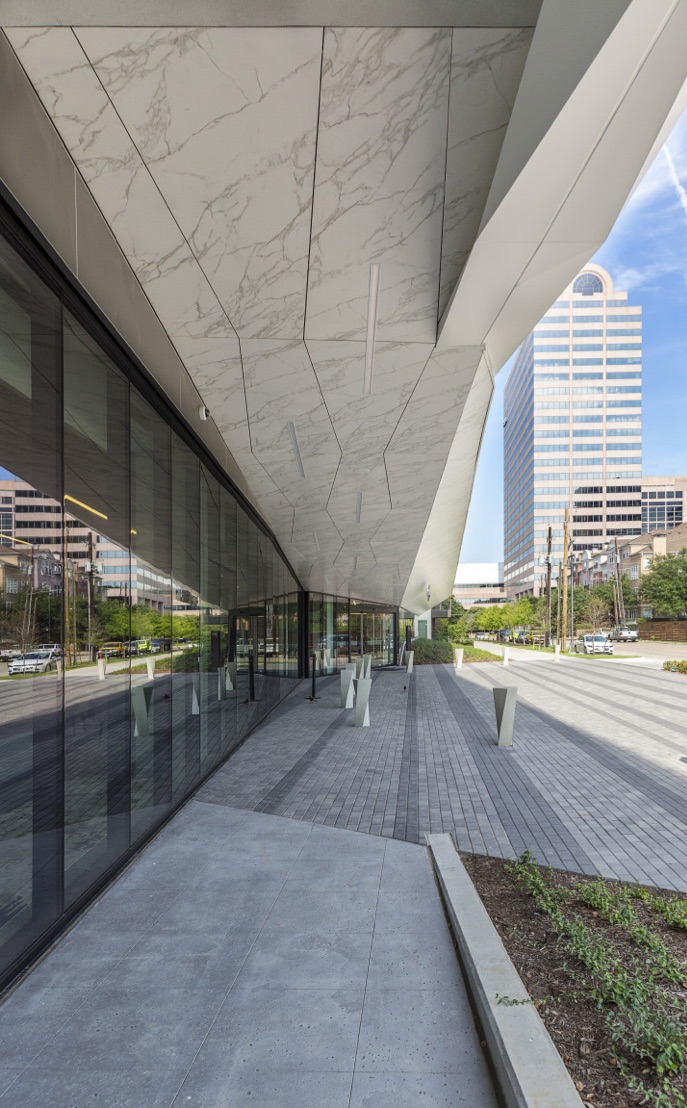 The architects were unsure at first about how to proceed with the project, as the building has an unusual structure. They struggled with the rainscreen system and how to apply it to the exterior sloped soffits, which measured 10’ on one side and zero on the other. Currently, there is no rainscreen system in place that can attach pieces of material that slope down to zero.

The second concern was the shape of the panels. The trapezoidal pieces, up to 10’ long on one side and 44” down to 14” on the other, had to be fastened to the sloped exterior ceiling and intersect the panels on the sloped soffit at the exact correct point, ensuring that when finished the ceiling panels met the top of the glass store front on the hotel. Further, the installers, Tristone Innovation of Houston, whose work was overseen by Holland Marble’s President, Peter Holland, and Commercial Sales Manager, Zuzana Holland, had to rework the fastening system to allow for 8’ light fixtures that needed to be added to the sloped ceiling.

A third aspect was the east feature wall on the building that had to be framed out at a slight angle. This complicated the fabrication details for both the Neolith panel fabricators and the aluminum composite material panels (ACM) fabricators due to the difficulty of meeting and successfully connecting both products at the corner of the building. With several revisions the final install was realized.

The stronger the better

To overcome the project’s challenges, Neolith provided installation and technical support through implementation of its StrongFix system.

The fastening solution is tailored specifically for individual installation projects offering a complete package: the slabs, anchoring system, cutting and assembling services, and consulting all stem from a single source. This avoids the complications that arise with rainscreen systems, the joints of which have to be attached at certain intervals.

In a bustling metropolis, the requirements for a hotel to be successful are abundant. It takes a combination of imagination and dedication to create a concept that will work, not only in terms of the hotel’s level of service, but its overall aesthetic.

Together with 5G, Tristone Innovation, and Holland Marble, Neolith has helped bring to life the vision of this hotel brand while setting the standard for future architecture of Dallas Midtown. 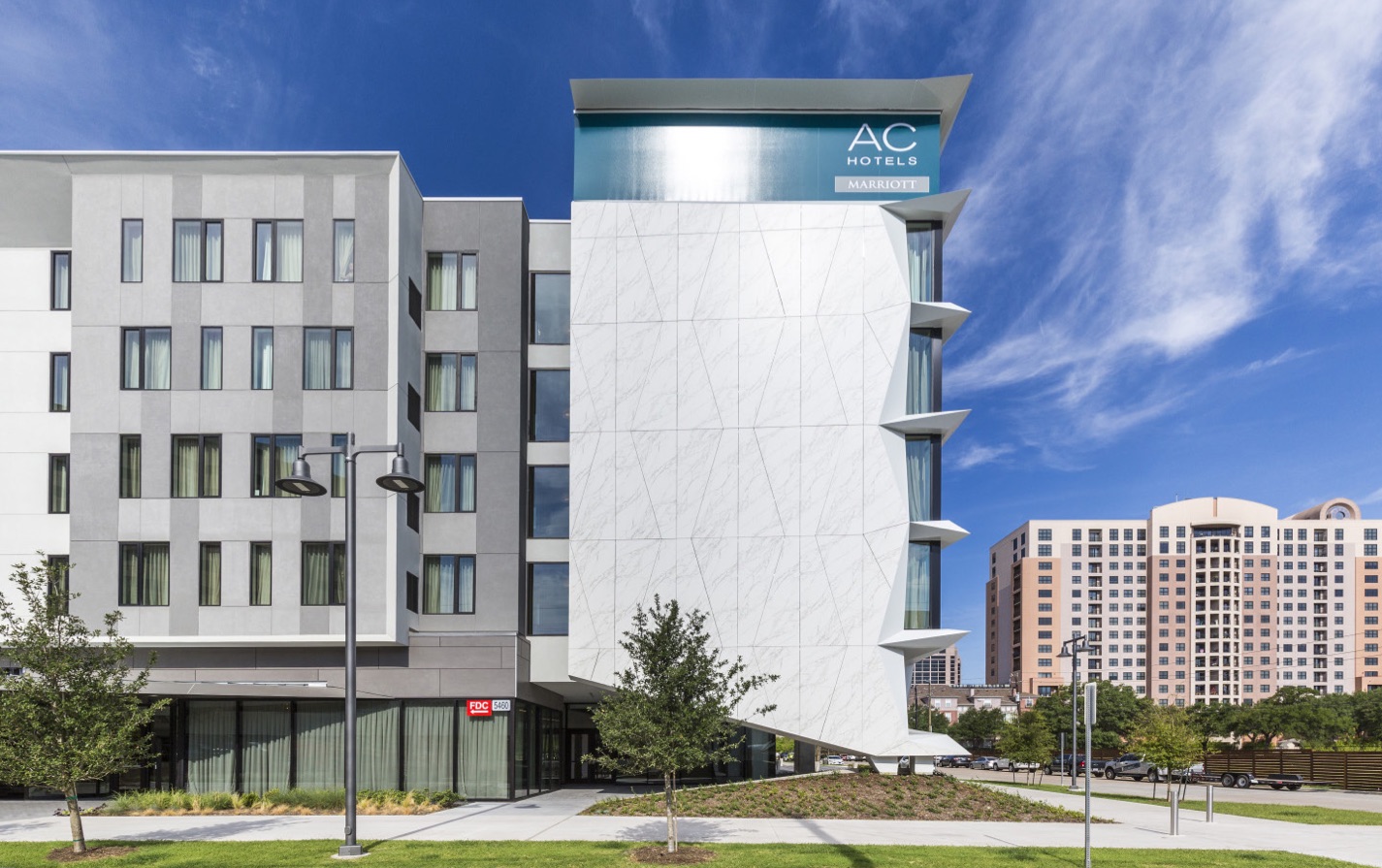